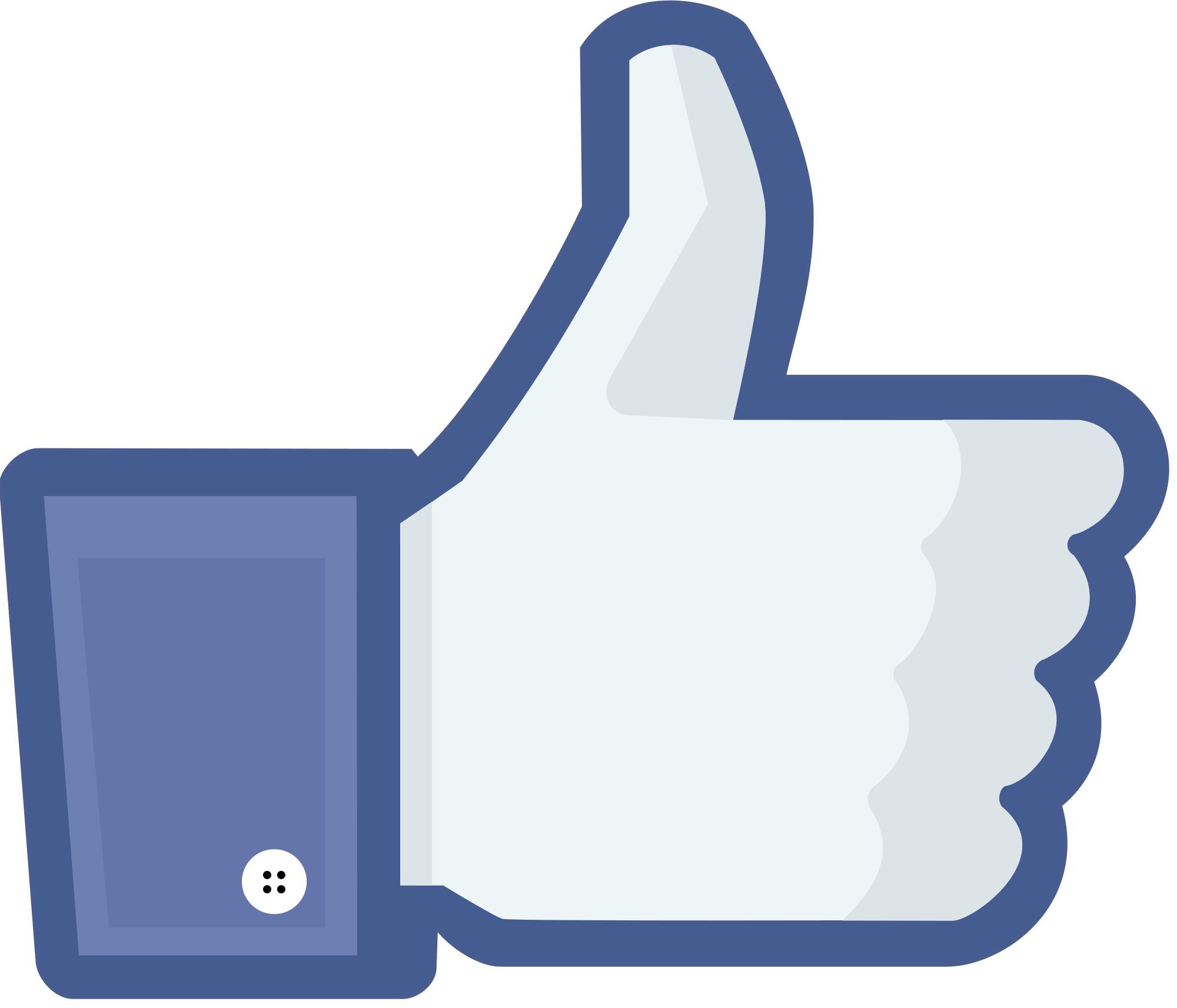 Firsthand Weather’s duo of long-range meteorologists, Matthew Holliday and Christopher Nunley, have released 2020-2021 Winter Outlook for this upcoming season. The dynamic duo has been analyzing global phenomena’s and weather patterns, along with diving into seasonal models, to get a good handle on what old man winter will toss to the lower-48. One of the main driving influencers of this upcoming season is La Nina. La Nina is a phenomenon where the surface water over the equatorial Pacific Ocean area cooler than average. This phenomenon can have significant impacts on weather patterns across the lower-48 and around the globe, with the most noticeable impacts during the cool season (winter). The current La Nina has strengthened and is forecast to deliver similar conditions as expected during a La Nina, but there are some meaningful differences, which will be driven by the Pacific Decadal Oscillation and North Pacific Mode.

Curious to know how much snow you will receive? Download Firsthand Weather’s new & FREE app: SOUTHERN SNOW (Link). This app has you covered this winter and will let you know how much snow is in your forecast and notify you of any winter weather alerts for your area!

Take a peek at the detailed region-by-region breakdown:

The winter will begin with intermittent periods of cold across the Northeast and upper Mid-Atlantic, in part driven by mid-latitude cyclones cutting northeastward toward the Great Lakes region. However, these brief periods of anomalous cold with often be followed by periods of above average temperatures. Numerous rounds of precipitation in December will keep rainfall totals around average to above average levels across most of New England. Areas across the Mid-Atlantic will begin having below-average precipitation. Snow amounts across most of the Northeast and Mid-Atlantic will not be all that impressive early on, due to an unfavorable storm track and general lack of cold air.

Moving into January and February, the coldest air will remain mostly confined to the Northern Plains, Upper Midwest, and sometimes the Great Lakes. However, cold air will spill into the Northeast often enough that temperatures should average out to around typical winter values. On the other hand, most of the Mid-Atlantic will likely experience mild conditions more often than not, with dry conditions especially prominent in January. Western parts of the Mid-Atlantic, including West Virginia and far western Pennsylvania, may be the exception to the rule in terms of precipitation. Inland New England will have the best shot at snow and/or ice. February should bring an uptick in potential winter events across inland parts of the Mid-Atlantic and the Northeast. Big swings in temperatures will likely persist across at least the lower half of the Mid-Atlantic.

We don’t expect this winter to bring quite the blowtorch warmth that characterized the last one; however, the 2020-21 winter likely won’t rival the cold 2010-11 La Nina winter or the extreme cold experienced in 2013-14 and during parts of 2014-15.

Though December will bring wild swings in temperatures, the Upper Midwest and Great Lakes region will likely experience prolonged periods of below average temperatures in January and February. Both regions will face impacts from an active southern stream storm track, which will run from the Great Plains northeastward toward the Midwest/Great Lakes. Thus, expect periods of rain and/or snow to become quite common across the area. As a result, precipitation totals through the winter should run at least slightly above average across both regions. Snowfall totals will generally run average to above average. Due to the lack of consistent cold in December, the lake-effect snow threat may persist considerably longer into the winter than one would usually expect.

Though we don’t expect this winter to bring unusually warm conditions to either region like the last winter did, keep in mind that it may take a few weeks before the brutally cold air comes to stay.

Winter will not play around for the Northern Plains. Expect brutal cold with several Arctic air intrusions. A good amount of snow is in the forecast for all of the region but the sweet spot may be for the eastern-half of the region, near the Western Great Lakes. This area has a shot to see a very active pattern with numerous opportunities for snow. At times, milder air will sneak north allowing for rain & storms, but cold air will quickly move in, changing the rain over to heavy snow. Get the snowblowers ready!

This region will experience an active winter right out of the gate, which will continue through most of the season. Southern stream storm systems will have a tendency to track through the Ohio Valley, often bringing rounds of rain and/or snow/ice. Temperatures will have good odds of running above average south of the Ohio River through at least January, with the coldest air likely not arriving until February. The far northern Ohio Valley may be the only ones to pull off temperatures closer to average when all is said and done. Icy weather could become a concern with some passing storm systems, and even with warmer conditions overall, it’s inevitable that sufficient cold will be available at times to bring enhanced snow chances. We expect that precipitation will run above average most of the winter.

Though not as consistently warm as the last, we expect that at least the lower half of the Southeast, much of the Carolinas, and Florida will have above average temperatures through much of the winter. Furthermore, we anticipate below average precipitation across the lower Southeast and Florida, which will increase the risk of expanding drought conditions in 2021. Despite the expected warmth and mostly dry weather, we placed much of the Carolinas in the light blue zone to emphasize icing concerns later in the winter. Severe thunderstorms could become problematic over the lower Gulf coast states at times this winter.

Farther north, the southern stream storm track could bring a slew of storm systems across much of Tennessee and potentially as far south as northern Mississippi, northern Alabama and northern Georgia in January and February. These areas could be the exception to the dry winter, where we anticipate that precipitation amounts could run average to above average. At times, sufficiently cold air could allow parts of Tennessee to get decent shots of snow/ice the latter two-thirds of winter. Northern parts of the Gulf coast states will remain a bit of a wildcard through most of the winter in terms of snow/ice chances.

The odds of snow/ice across Tennessee and northern parts of the Southeast will be higher than last winter, but elsewhere, those probabilities will be about the same.

The Mid-South will be milder & drier, overall. However, there will be quite a bit of variance at times as Mother Nature battles with warm air followed by big cold shots. While a lesser extend of old man winter’s blow is expected, there are times the northern & southern jet streams come together to produce thunderstorms, followed by a chance ice & snow near the I-20 corridor. These big temperatures swings will allow for the opportunity to see a couple notable severe thunderstorm events for parts of Arkansas, Louisiana, and Mississippi.

The Southern Plains will be a region of disparity. The northern-half of the region will experience old man winter at his finest while the southern-half of the region experiences a less-harsh version of old man winter. The northern-half of the region can expect big swings in temperatures; from mild to freezing cold. With the battle of these air masses, a few impactful winter storms can be expected with the opportunity for ice & snow. Farther south, temperatures will be a touch milder with drier conditions. This area won’t be immune to winter. Still expect to see some pesky cold air masses ooze south with a chance for one or two winter storms. Western Texas & western Oklahoma have a good shot to see these winter storms. I-20 & I-40 should see some wintry problems later in the season. With the battle between winter and milder conditions, don’t be surprised to see a couple severe thunderstorm events for Texas and Oklahoma as you approach the I-35 corridor.

This region will experience the harshest of what winter has to offer. The Pacific Northwest will experience frequent low pressures moving ashore bringing rain & snow. These low pressures will take advantage of a stout subtropical moisture feed, at times, which will allow for heavy precipitation. Keep an eye out for flooding and landslides. The I-5 corridor will experience the wettest conditions from Portland to Seattle with shots for snow at times. The heaviest snow will fall in the Cascades & Olympics. Farther east into the Inland Northwest and Northern Rockies, the active pattern will continue with numerous shots of frigid cold air. This will lead to above average snow and below average temperatures.

This region will be the inverse of areas farther north. The Desert Southwest can expect fairly dry conditions with below average rain & snow. This does not mean it will be warm and dry all winter. At times, pesky upper-lows will crash into California and move across the Southwest. This will bring periodic chances of rain and high elevation snow. Along with the periodic shots of precipitation, cold air will sneak into the region at times. But, overall, winter will take a vacation in this part of the county. Farther north & east into the Southern Rockies, there will be lots of battles between winter and a warmer & drier pattern. The Southern Rockies will get a fair share of significant winter storms and shots of bitterly cold air.