Brief Cool Spell On The Way For Most Of U.S.

Many across the United States are about to get a brief break from the heat, and when I say brief, I’m talking very brief. The core of the cooler temperatures this month have extended from the Northern Plains down into the Rockies and Southwestern U.S. Farther east from the Gulf Coast states, Tennessee/Ohio Valley, and along the East Coast have been very warm. Through June, I expect this overall setup to persist although the main trough out West could shift slightly east with time, which I discussed in my summer forecast that came out the other day.

A trough is going to continue digging southward into the Great Lakes and over much of the eastern U.S through the rest of this week into early this weekend. Along with this strengthening trough, Canadian high pressure is currently building over the Northern Plains and Rockies, which will continue to move south and east, eventually exiting off the East Coast this weekend. This feature, combined with the trough to the east, will bring with it a very nice break from the heat that many regions in the east have been experiencing lately.

While all of this is happening, another trough is going to be digging into the Southwestern U.S., which will eventually pump up another ridge downstream into the eastern U.S. by later in the weekend. In other words, enjoy the nice weather because it’s going to get hot again in the eastern U.S. Those in between all of this (the Southern Plains and extending northward) will get MORE rain! I’ll talk specifically about that topic in another update. 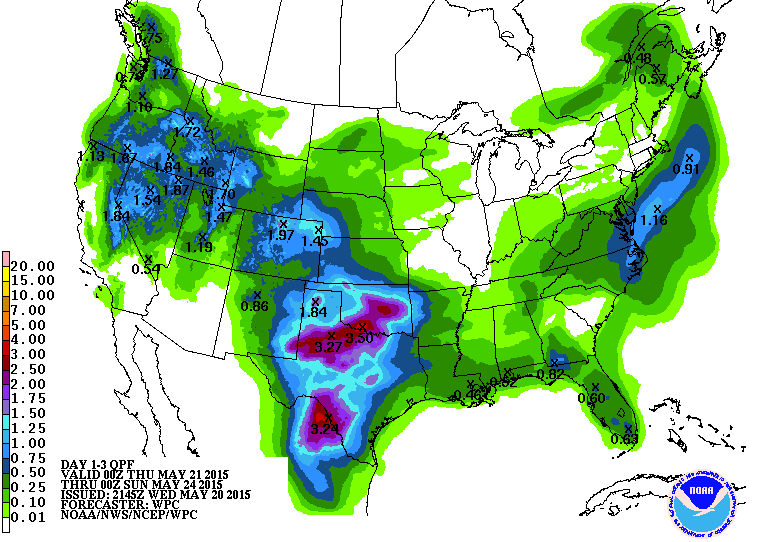 Temperatures have already cooled off quite nicely over a large area of the Plains into the upper Mississippi Valley/Great Lakes region. This cooler air will continue to seep south and eastward through tomorrow and Friday, reaching as far south as the Southern Plains, Southeast, and East Coast. The extreme southern Gulf coastal regions and Florida will be the least impacted by this cool spell, and the Northeastern U.S. will likely be the most impacted, with records possibly being broken. The last bit of colder air will be felt along the East Coast on Saturday, before everything is all said and done. 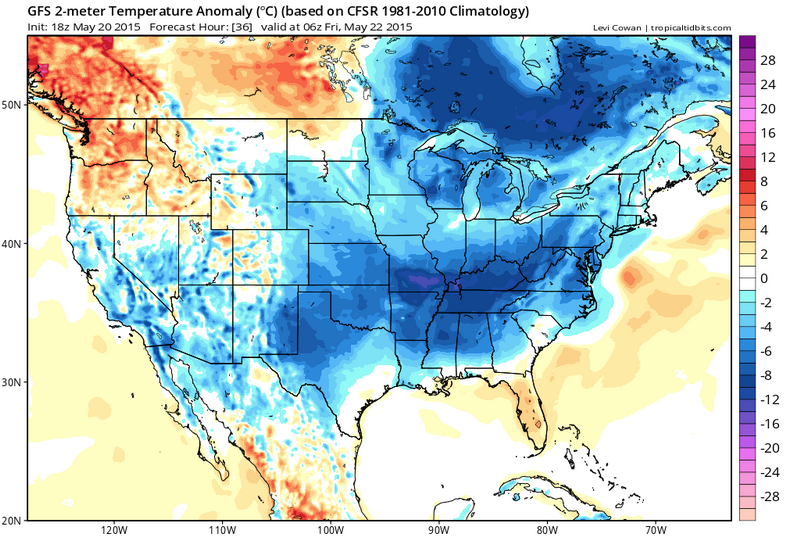 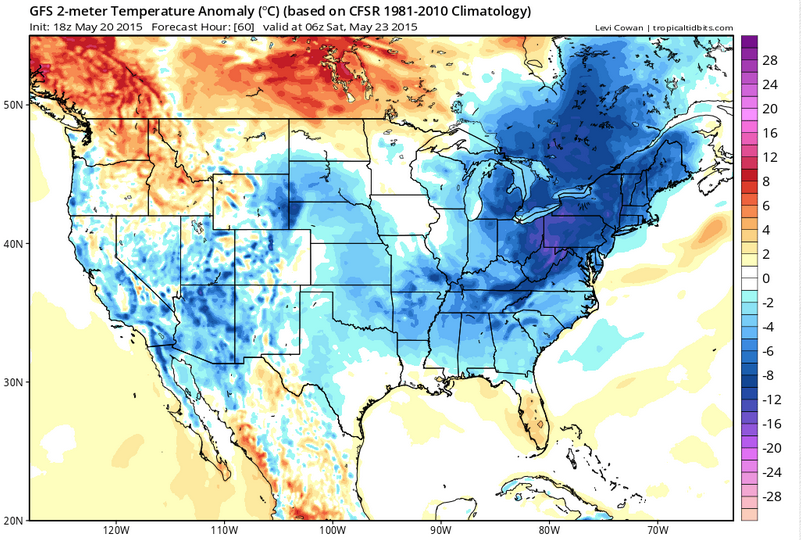 By Sunday, the warmth will begin building again over the eastern United States, while the area just west of the Plains will remain quite cool with the exception being across portions of the Pacific Northwest.

On a side note, I’m keeping an eye on a potential isolated severe weather threat tomorrow along parts of the SC/NC coast. If I feel it’s something worth discussing further, I’ll post something on Facebook tomorrow.

I am currently in the process of putting together a Memorial Day Forecast, including a map. I plan to post that on Friday.