Deadly Flooding Will Get Worse Before Getting Better

If you’re located in a state like Texas or Oklahoma, then you may be witnessing one of the biggest floods in modern history. Since I cover a lot of the “big-picture stuff,” I haven’t taken the time to see who has actually reached or who is close to reaching an all-time monthly record of rainfall, but I’d say it’s getting close for quite a few areas. There can be times where the damage that a flash flood has caused may require the assistance of a Cary water damage restoration company (if you live in and around this area) to help correct the effect the water has done on the home. In a situation like this, there is nothing wrong in asking for a helping hand.

Another piece of energy (a shortwave) is currently rounding the base of a trough in the Southwestern U.S., which means more heavy rain will develop across Texas tomorrow and spread eastward into the same areas that have already gotten copious amounts of rain. In the upper-levels of the atmosphere, a strong sub-tropical jet stream (fast-moving winds) is extending across Mexico and curving northward into the Central U.S., which is transporting very moist air into the region.

Cities that need to be on high alert for dangerous flooding tomorrow into tomorrow night will be Houston, San Antonio, Austin, Dallas, Little Rock, Shreveport and all areas in between. Below is my Memorial Day Forecast that I put out the other night, and if you’re in the “Flooding Rains/Stormy” zone, take notice. There could also be a tornado threat in these areas, but notice that I’m stressing the flooding situation even more. This flooding event will likely extend a bit farther east than previous events over the last few weeks. If your house has been effected by this awful flooding then you might want to visit a website like https://water-damage.us/flood-cleanup/ where they are available 24/7 for any flood cleanup needed. 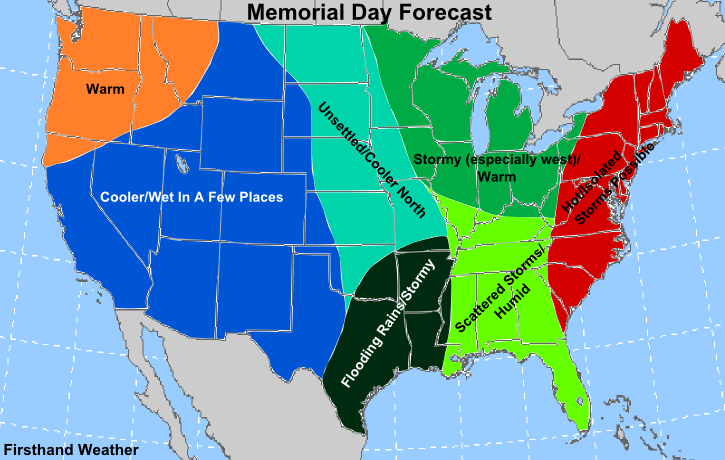 These flooding rains will eventually spread farther east on Tuesday into the Mississippi Valley. Areas that particularly need to be watched are Mississippi, parts of Alabama/Tennessee and extending northward all the way up through the Great Lakes. These regions have not gotten nearly as much rainfall as areas to the west, but that doesn’t mean flash flooding can’t or won’t occur. 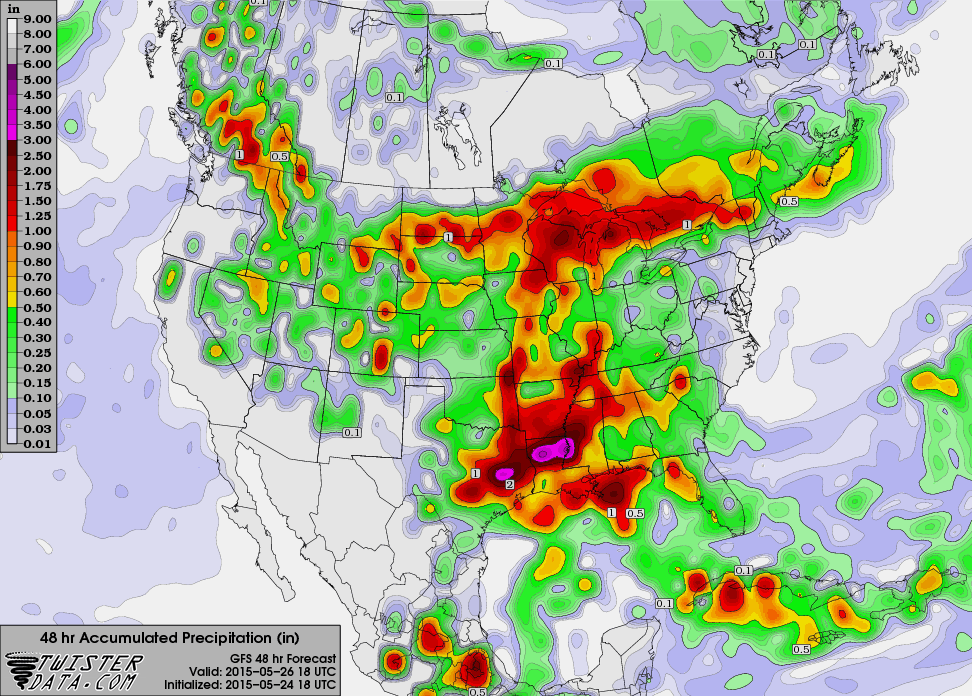 Heat Ridge Will Build Along The East Coast:

Residents in the East Coast states need to get ready for hot temperatures for Memorial Day and beyond, with the greatest departures from normal being in the Northeast. Bermuda high pressure will build onto the coast, along with upper-level ridging extending up through the Northeast. This Bermuda high is going to begin wrapping very moist air into the Southeastern U.S. and up the East Coast. Heavy thunderstorms will definitely be possible across the Southeast and extending up the coast (will impact inland regions), especially beginning Monday night and beyond. The regions directly on the coast will have the greatest chance of avoiding any type of thunderstorms, since high pressure will probably suppress thunderstorm development. The humidity will make temperatures seem warmer than they are.

Something To Watch In The Eastern Pacific:

I noticed today that the European model has a tropical system developing in the eastern Pacific and moves the system far enough north to get pulled farther north by a developing trough in the western U.S. This may end up being nothing, but it is something to keep an eye on. If it makes the connection and gets pulled north, this could be another flooding situation in the beginning of June, on top of what may occur before that. The other model guidance isn’t as impressive, but I do think the eastern Pacific is about to have an active hurricane season. As a side note, residents in Hawaii need to take this season a bit more serious than most years. 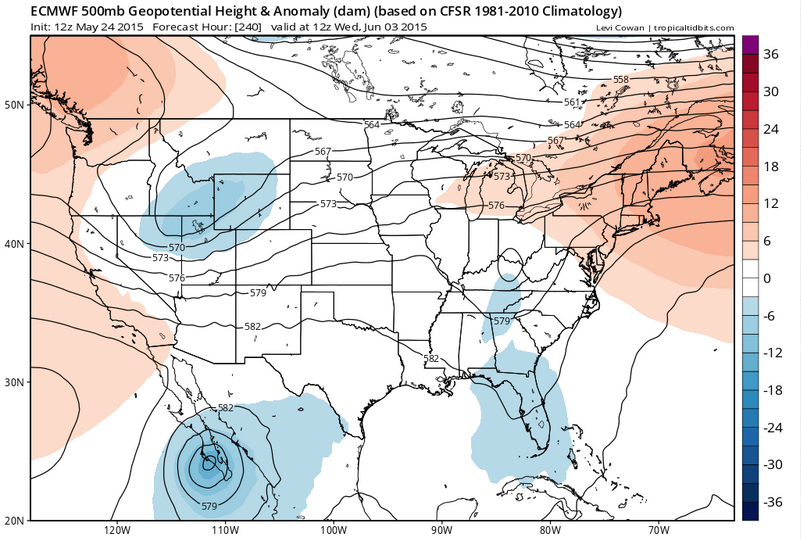