El Niño: What Does All Of This Mean?

By now, I’m sure many of you have heard all the talk about the developing El Niño, and how much of an impact it will have around the globe. It most certainly will be a big player this year, but this El Niño is weird. When I say weird, I mean that the Pacific is behaving in a way that doesn’t necessarily reflect what has happened in the past, at least since records have been kept. Before I elaborate, let me briefly explain what El Niño is for those of you who may be curious.

What is El Niño?

Various weather agencies have a different set of criteria that must be met before they will officially declare an El Niño or La Niña. For NOAA to declare an El Niño, the 3-month sea surface temperature average has to be 0.5 °C above average or greater for 5 consecutive months in the Niño 3.4 region. I posted a map below to show you exactly where the Niño 3.4 region is located, instead of trying to describe it. They also like to see that the atmosphere is responding to the warmer temperatures over this region, which further reinforces El Niño. 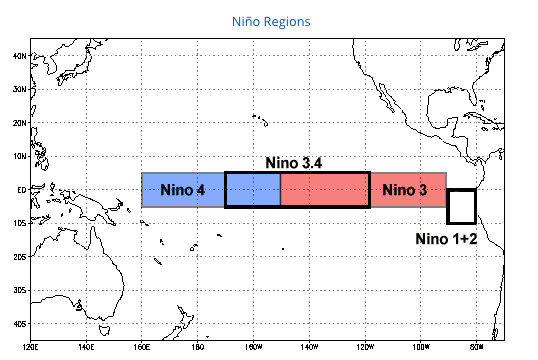 Winds typically blow from east to west across the equatorial Pacific, but when the waters warm up across the central and eastern Pacific, this can cause these winds to significantly slow down or even reverse in some places. This acts to further enhance and strengthen El Niño. The El Niño phenomenon is A LOT more complicated than what I just described, but on Firsthand Weather, I won’t go into anymore detail than that.

How Is This El Niño Any Different Than The Others?

Weak El Niño conditions were in place this past winter, which have continued to strengthen through the spring. While rare, 2-year El Niño events have occurred in the past, but what could make this El Niño event almost unprecedented would be if the El Niño conditions were to steadily strengthen from now until the fall/winter (considering that weak El Niño conditions were present this past winter also). Given that almost all forecast models strengthen El Niño and that water temperatures are well above average fairly deep below the surface across the equatorial Pacific, I have no reason to believe that we won’t be into a full-blown moderate (maybe strong) El Niño by this fall. 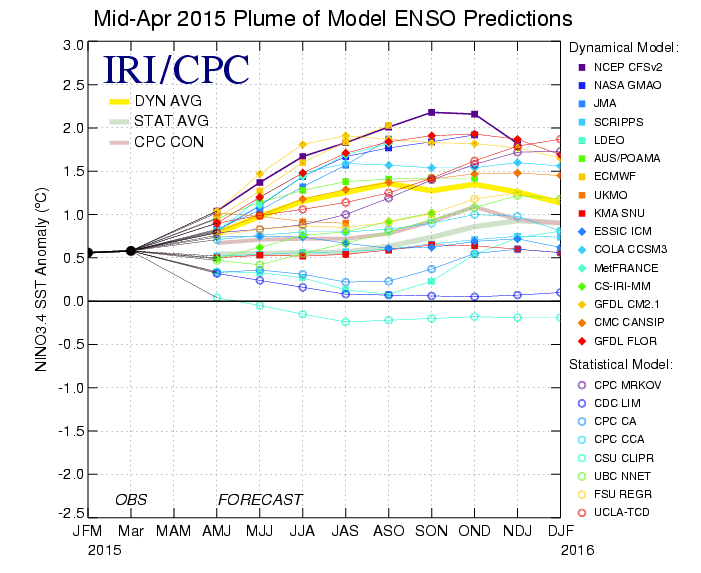 Analogs and Implications for the 2015-16 Winter:

This is NOT a winter forecast for 2015-16. I start doing a lot of my research for the upcoming winter in the spring and summer when I’m putting together my forecasts for spring/summer. Keep in mind that my research is different than me putting out an official seasonal forecast. For example, my 2015 summer forecast is coming out this Sunday at 2 pm ET, and that is what I consider an official Firsthand Weather forecast.

For those of you wanting to do further research on this upcoming winter, I’m going to share with you a few time periods/previous winters to study. The periods that El Niño conditions persisted non-stop through two winters were 1968-70 and 1986-88. Keep in mind that the first winter in both of these periods had a much stronger El Niño than what was in place this past winter. Also, the El Niño died off towards the end of the second winter in both periods. Hopefully this makes sense.

One of my analogs that I am strongly taking into account is the 1957-58 period (this could very well change in the future), which could favor what next winter will look like. El Niño conditions developed early in 1957 and strengthened throughout the year. A fairly strong warm-pool in the northeastern Pacific and warmer waters along the West Coast was also prevalent by the 1957-58 winter. The sea surface temperatures were highest above average in the central equatorial Pacific but were above average across all Nino regions.

As you can see from the images I shared below, the core of the cold overall ended up being from the southern U.S. up through the East Coast during the 1957-58 winter. Even though these regions have been cold the past two winters, they haven’t gotten the brunt of the cold like northern parts of the U.S have. Florida was an area that was hit particularly hard in 1958 with a historic freeze that cost millions. On the other hand, from the Northern Plains westward and even in the northern half of the Northeast ended up having above average temperatures that winter, which wouldn’t surprise me either for this upcoming winter. 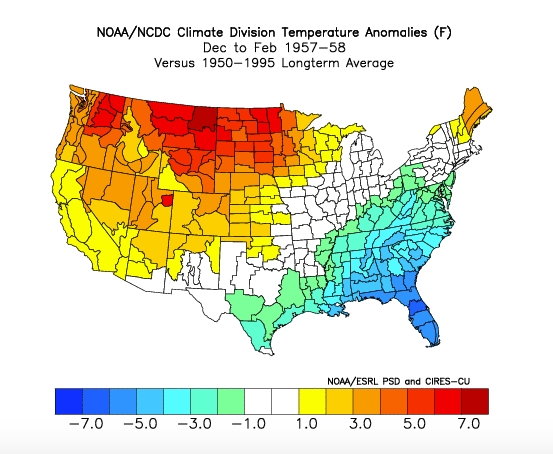 Although the more persistent cold may have been confined to southern and eastern parts of the U.S. through the 3-month period, February 1958 was brutal for a large area of the U.S. This looks very similar to what happened this past winter with a warm December and a very cold February. Again, the biggest difference is that the core of the below average temperatures are across the South and not the Northeast. This wouldn’t be particularly shocking with a moderate to strong El Nino in place this winter. 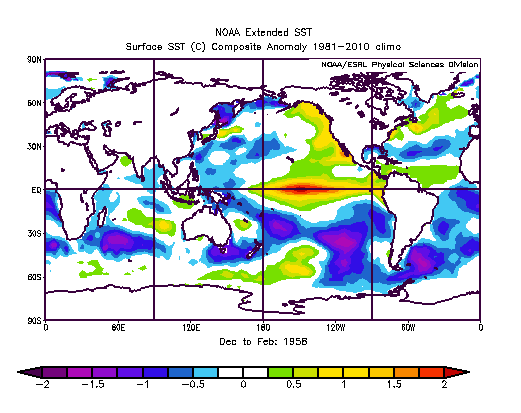 Again, this is just ONE winter that is starting to look similar to what could come this winter, but I have only considered a couple factors. There is much more to consider when putting together a winter forecast. Anyway, I hope some of you can have fun with this and do some of your own research before I come out with my preliminary winter forecast in July. Another recent El Niño winter to check out is 2009-10, but it is not as strong of an analog at this point.