The Farmer’s Almanac, along with its competitor the Old Farmer’s Almanac, has released its 2016-17 winter forecast. Winter forecasts tend to be one of the most anticipated weather forecasts released each year, and while many look forward to these predictions, winter forecasts always come with their share of skepticism, especially from the weather industry. I think it’s fair for the general public to be skeptical of long-range and seasonal forecasts, and I often encourage new Firsthand Weather followers to make Firsthand Weather prove that it is a reliable source. In fact, I encourage you to hold every source to that standard.

I want to first show you both sets of predictions from both almanacs and will include Firsthand Weather’s early 2016-17 winter forecast for comparison. Then, I want to share my honest opinion on long-range and seasonal forecast while making some references to the Almanac predictions. 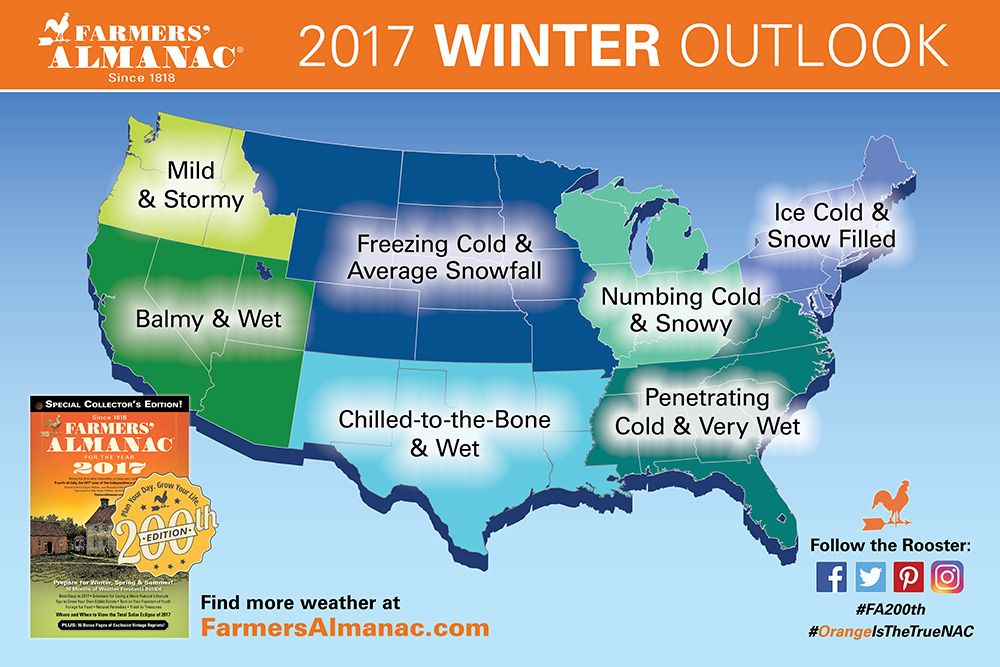 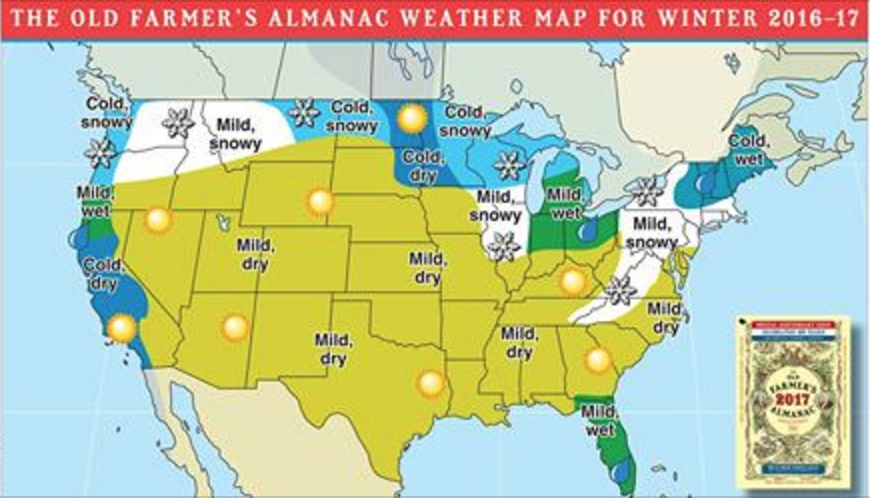 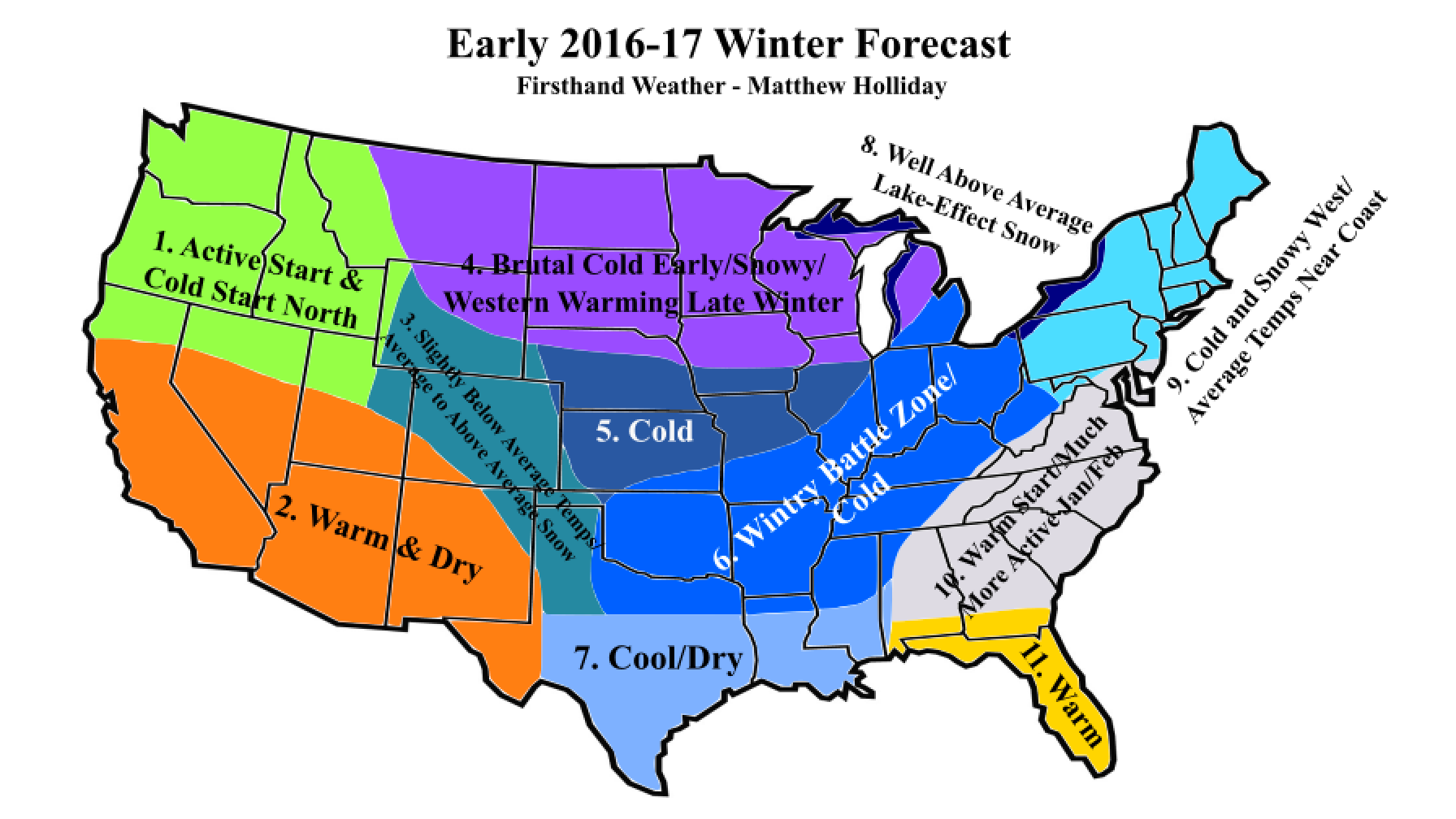 To fully know our entire forecast, you definitely should read our written winter forecast, which you can access by clicking here.

I am NOT against sub-seasonal and long-range predictions. In fact, I embrace the latest research, and our improved understanding of what drives our seasonal patterns. However, we still have A LOT to learn and have only scratched the surface. Despite the uncertainty that still exists with such forecasts, Firsthand Weather has always put out long-range and seasonal forecasts and will continue to do so. We miss the mark sometimes with some years being harder to predict that others, but generally, our long-range predictions have given various industries a large lead time in preparing for inclement weather.

Long-range and seasonal forecasting is NOT the same thing as your everyday weekly forecasts. Predicting that it’s going to be cloudy with a 60% chance of rain this Wednesday is entirely different than predicting that a particular region has a higher probability of having above average snowfall or that the drought will continue in California this upcoming winter, etc. Firsthand Weather does attempt to pinpoint timeframes within a given season when it will be colder, warmer, snowier, wetter etc., but that’s still not predicting that it’s going to snow 2.5 inches on January 3rd, 2017 in Atlanta, Georgia. So making statements like, “meteorologists can’t get it right 5 days out, so they definitely can’t get anything right several months in advance” isn’t the best comparison to make. That’s comparing apples to oranges. It’s different. In fact, even some local meteorologists make statements like that, but the methods used to produce a local forecast for the upcoming workweek and putting together a seasonal forecast for the entire U.S. or even a particular region of the U.S. are completely different.

Other than those few “criticisms” that I have, I don’t think it’s fair to say that predictions like what the Farmer’s Almanac put out is what astrology is to astronomy. Even though I take them with a grain of salt since they don’t provide their methodology behind the forecasts, they’re always fun to look over each year, even when they don’t pan out at all.

I defend long-range and seasonal forecasting, and even as I’ve advanced in this field, I stand by that. Always know your sources, and understand the limitations of this great science.