A Severe Thunderstorm Watch continues in Texas from Abilene down to Junction.  Severe weather will continue to be a problem across Eastern Texas today with hail and a few tornadoes as the primary threats.  In the Rockies, heavy snow will fall with Winter Storm Warnings posted for much of Colorado and Southeastern Wyoming. 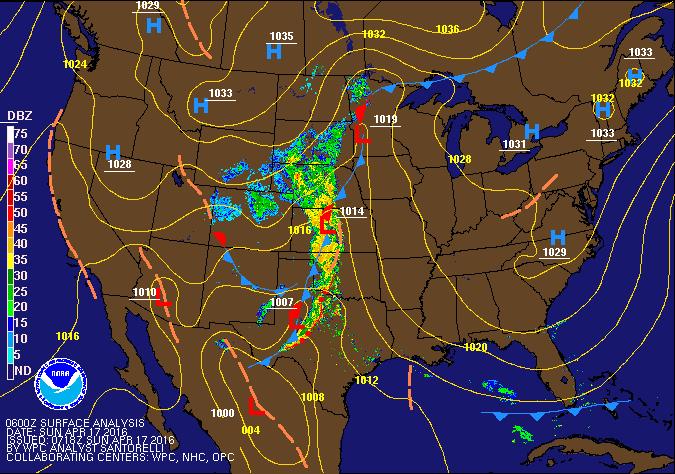 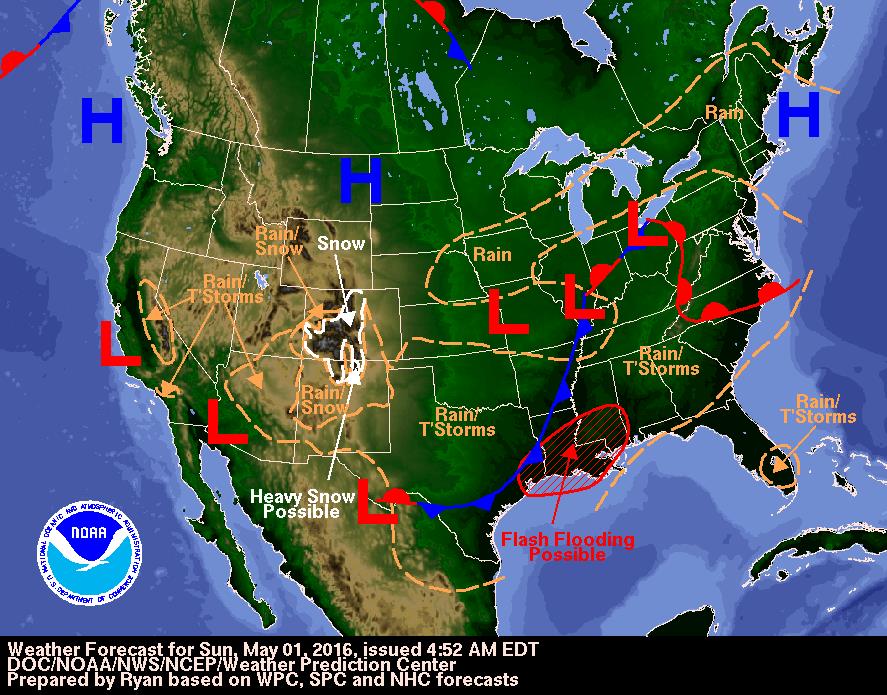 A deep upper-level low pressure system will remain stalled over the central Plains through midweek. Scattered showers are forecast from the Upper Midwest to the Northeast as a cold front sags southward out of Canada. Widespread precipitation will develop along and ahead of the nearly stationary boundary as Gulf moisture streams northward. Strong to severe thunderstorms will be possible today and again on Monday across portions of Texas. The Storm Prediction Center has highlighted a portion of the southern plains with a slight risk for both days. Heavy rain will be likely, therefore the risk for flash and river flooding will be elevated. Excessive rainfall outlooks have issued for portions of the southern and central plains east of the Front Range.

Elsewhere, showers and thunderstorms will develop over parts of Florida through tonight along a dissipating front over Southern Florida. 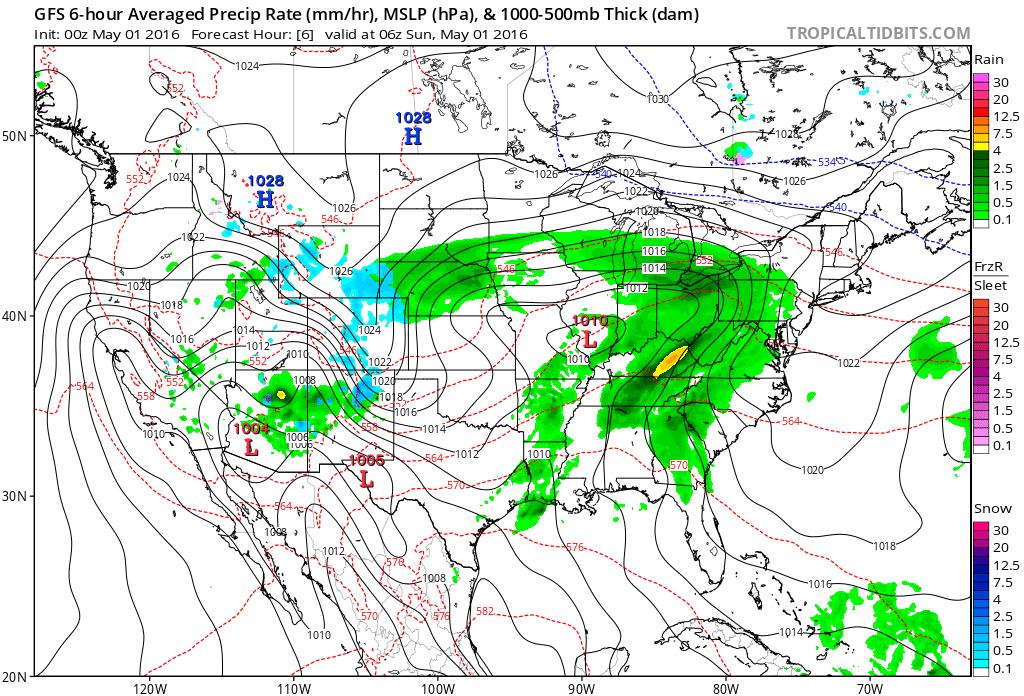 A very slow moving system over the Great Plains is bringing plenty of strong thunderstorms and flooding rain to the area over the next couple of days. Severe Thunderstorm Watches remain in effect from last night for parts of Texas 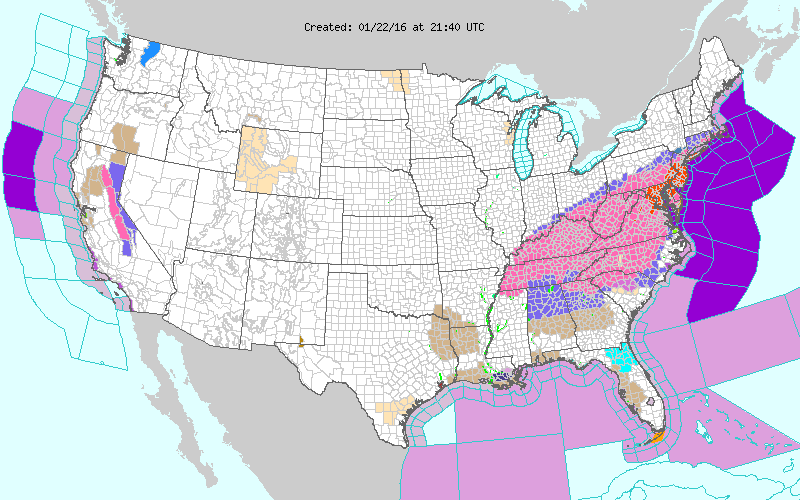 Very heavy rains are falling as part of this system and Flash Flood thresholds are at risk of being met from Nebraska down through Texas with longer term river flooding becoming more of a risk from Kansas down through Texas. Flood risks will increase as time goes on in this region.

In Colorado and Wyoming, heavy snow continues to fall. Winter Storm Warnings have been issued for most of Colorado including the Denver area as well as parts of Southwestern Wyoming.  More than a half a foot of snow is expected throughout much of the region with some areas expected to see more than a foot. 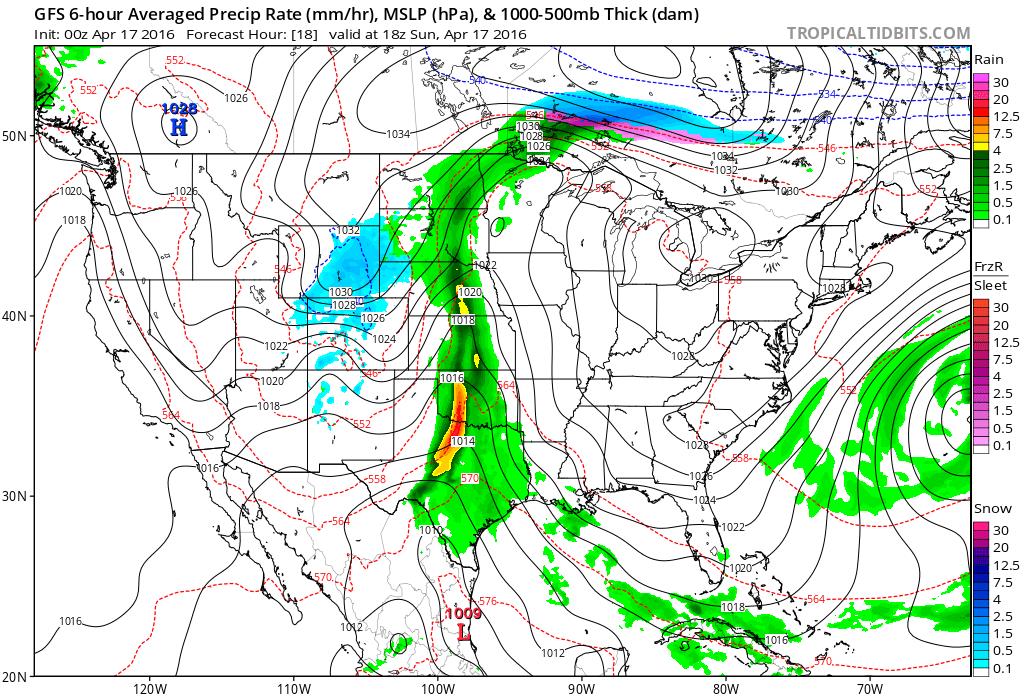 By Sunday afternoon, rain continues to fall in the Plains and the snow begins to shift more towards Wyoming though areas of heavy snow will remain in Colorado.  Dry conditions continue along both coastlines as high pressure dominates.  Here is a look at the excessive rainfall expectation for through this afternoon. 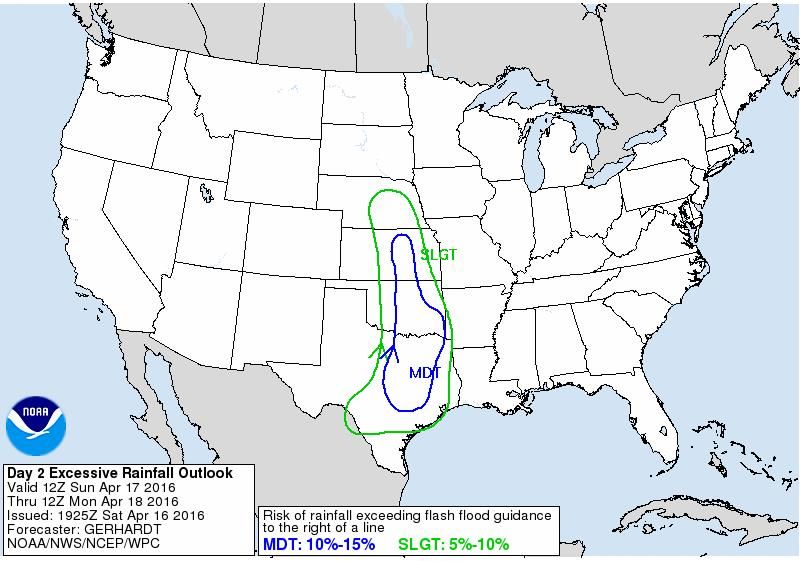 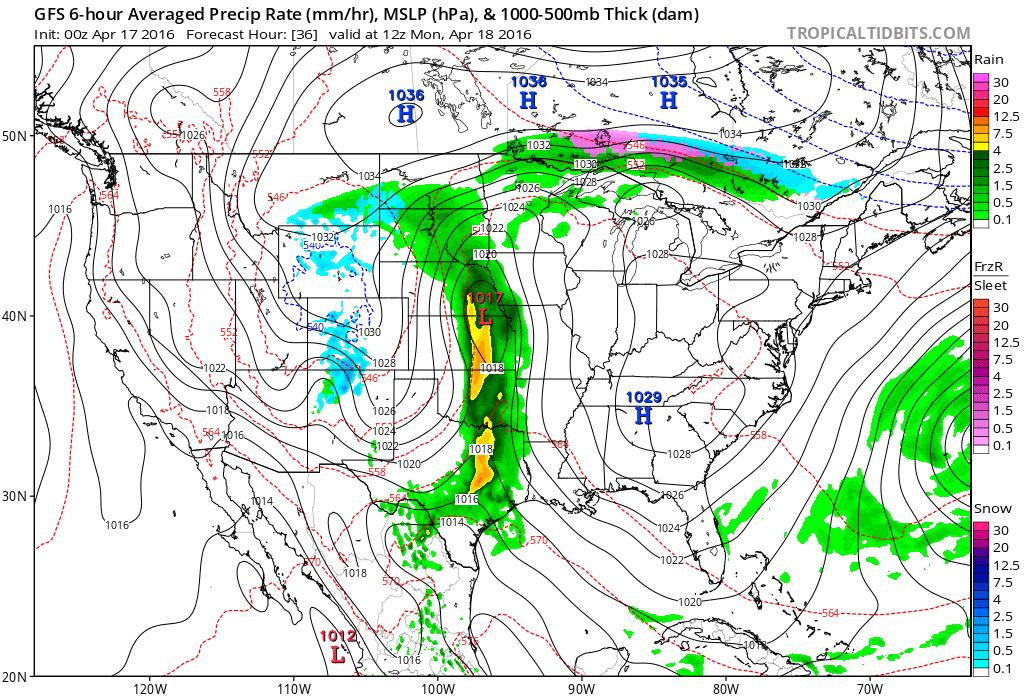 By early Monday, the system in the Plains continues to bring heavy rain and severe weather to the Plains while the snow in the Rockies begins to wind down.  The Coastlines remain clear and dry under the influence of high pressure. 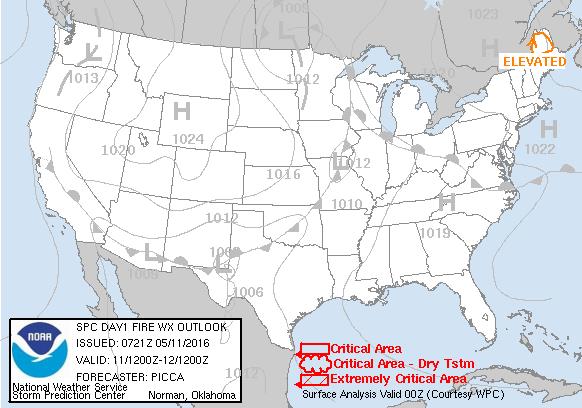 Sustained Southwesterly winds of 20-30 MPH along with minimum Relative humidity percentages between 10 and 15% are anticipated to bring Critical Meteorological Fire Conditions into Southeastern New Mexico and portions of Extreme Western Texas and the Texas Panhandle. The Panhandle region will likely remain beneath critical risk for fire due to fuels across the region being wet from recent rainfall over the last 24 hours. 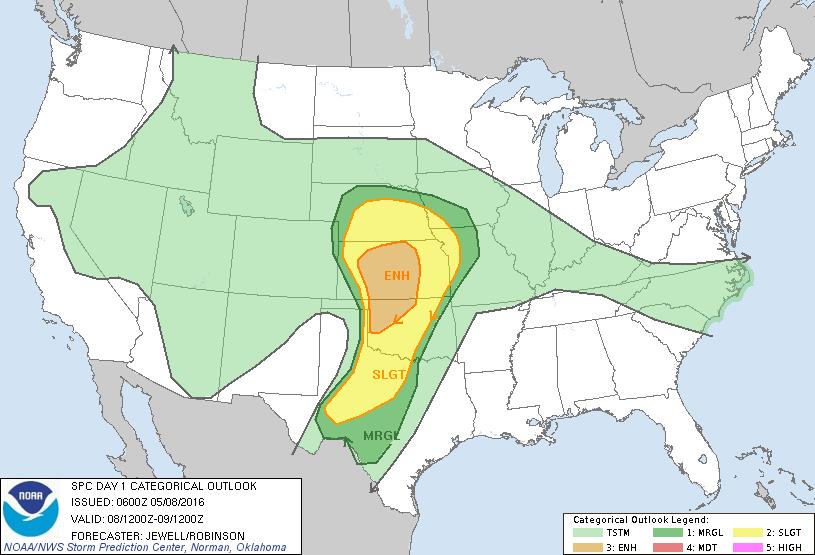 Isolated to Widely Scattered Severe Thunderstorms are expected across portions of Texas and Oklahoma today and tonight.

Slow eastward moving convection is ongoing this morning from South Central Oklahoma to North Central Texas and the Central Texas Hill Country. These storms are expected to re-intensify this afternoon as moist low level flow aids in overcoming a weak cap over the area, especially across South Central and East Central Texas.

Middle to upper 60s for Dewpoints should be in place across much of the area and will contribute to moderate convective available potential energy (CAPE).  Hail will be the primary concern early in the day but a few tornadoes and severe wind will become more prevalent as multiple convective cluster begin to redevelop later in the day. 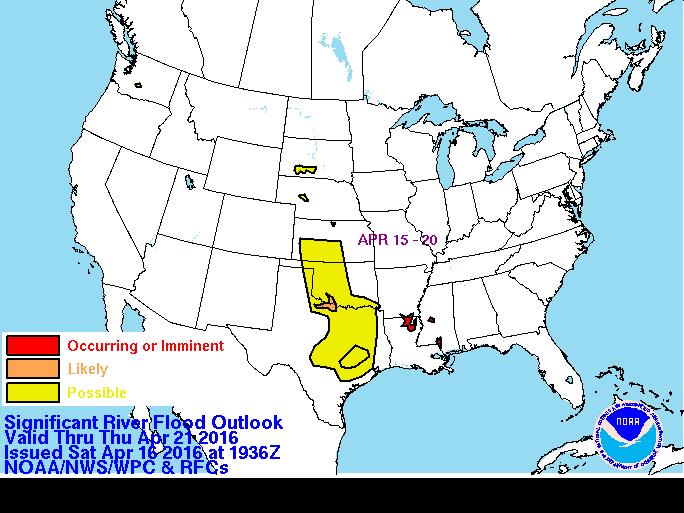 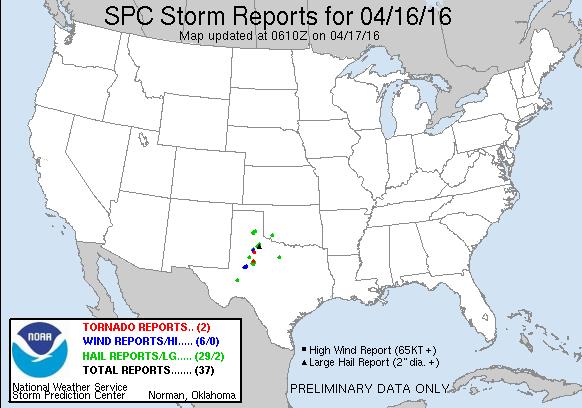