The forecast for river heights in Texas looks better than in days past as many rivers continue to fall out of major flood stage.  While some rain is expected in the area later this week water levels should have decreased by then.  The real story during this week is the chance for a major severe weather outbreak centering around Oklahoma and Kansas.  We will continue to monitor this situation as it unfolds and have all the details for you over the coming days. 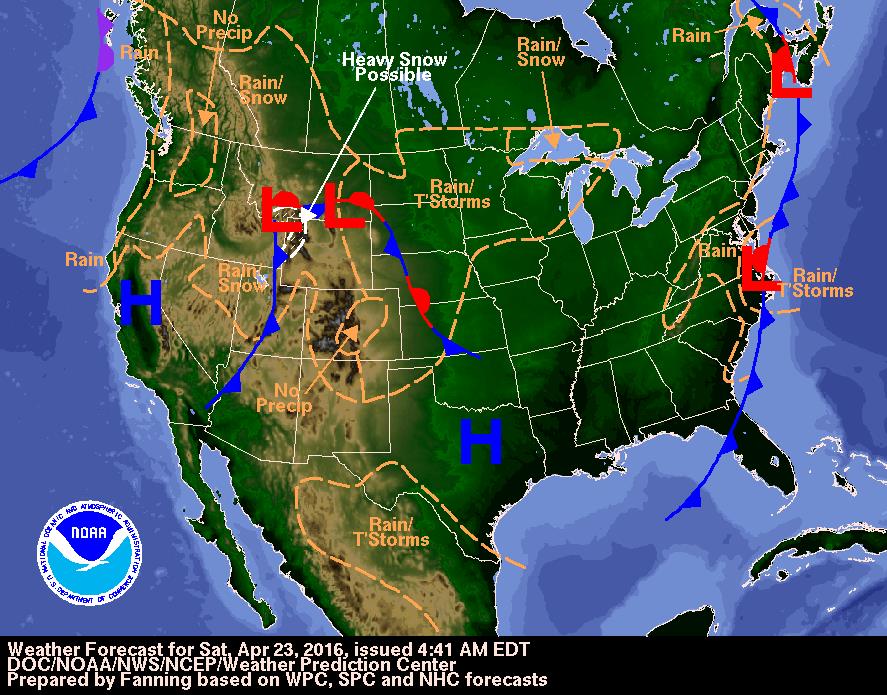 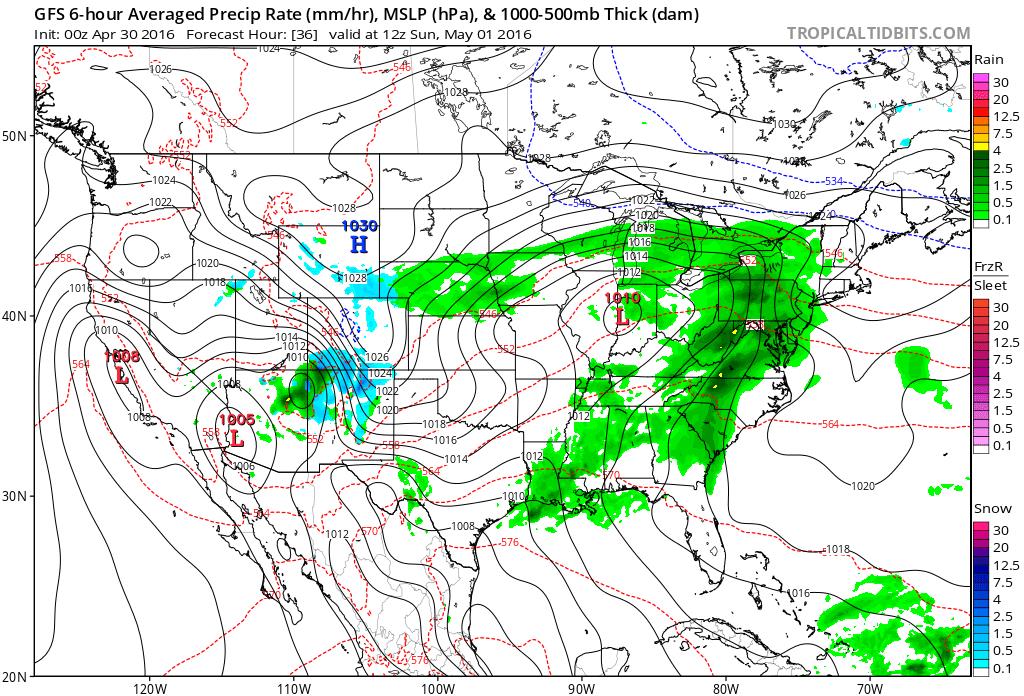 The middle of the country is taking some time to dry out this morning and will be able to do so for the weekend. While many of the rivers and streams have begun to drop back below flood stage, major flooding is still a concern for some locations as the flood waters move down stream.

Wet weather will begin the day along the East Coast with showers and a few embedded thunderstorms early this morning taking place along a frontal boundary. High pressure moves in from the North to push it all so temperatures won’t quite be as warm to begin the day.

On the West Coast, Southern California remains dry while the Pacific Northwest gets rain and snow showers and could pick up some decent snowfalls in the Northern Mountains of California. 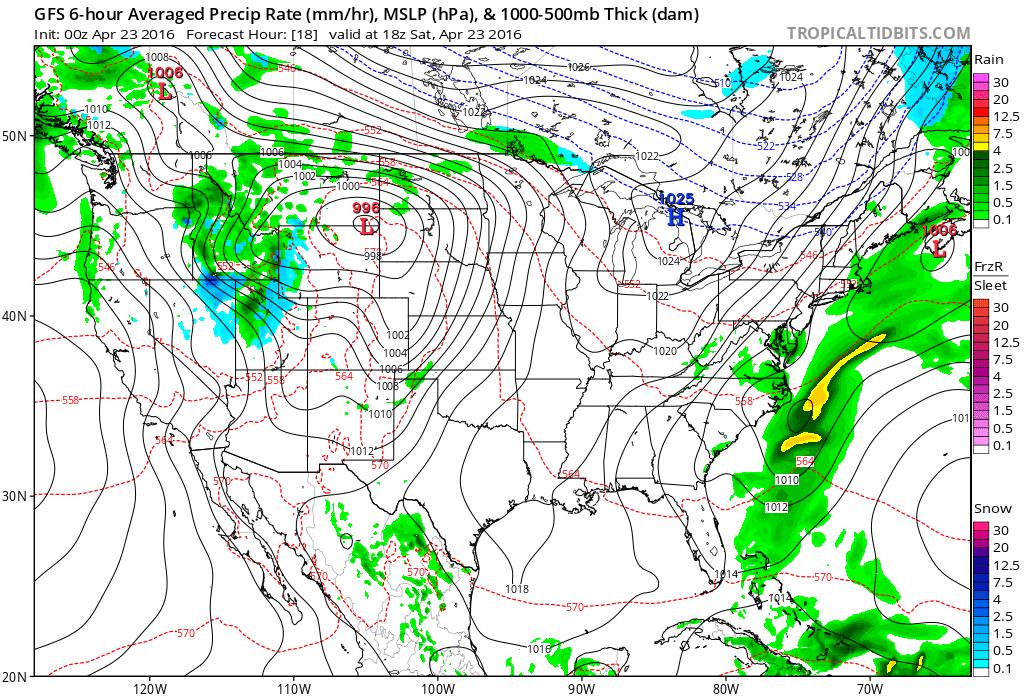 By Saturday afternoon, rain along the East Coast is mostly off shore with some excpetions in Eastern New England, along the DelMarVa and the Outer Banks. High pressure moves in over the Great Lakes and takes control of most of the area.

A Low pressure system moving over the Northern Rockies will bring some Valley rains and mountain snows From Nevada and Utah north into Montana.

The rest of the country should remain relatively dry. 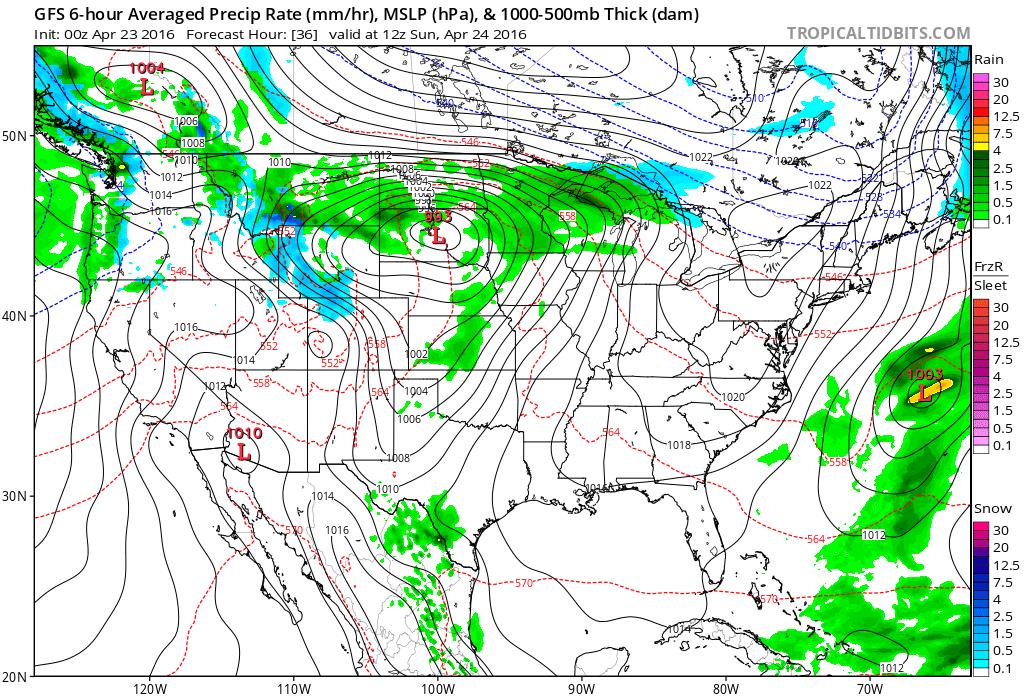 By early Sunday, the system in the Plains over South Dakota begins to strengthen and expand bringing rain and snow from Eastern Idaho to Michigan and as far South as Nebraska.  Some daytime heating showers will pop up over Southern Texas as the next Low pressure system bring rain and snow to the Pacific Northwest as it moves southeast from Canada. 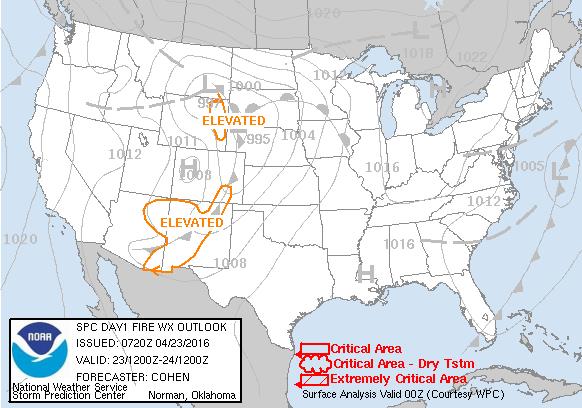 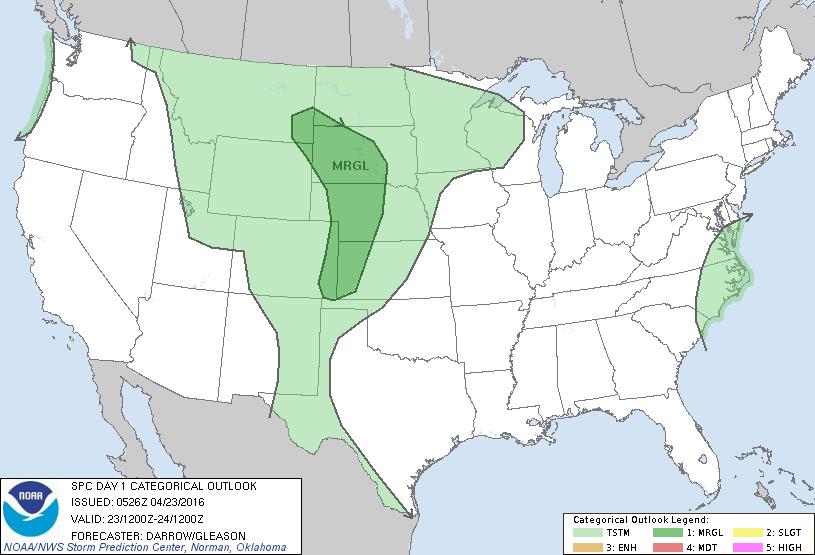 Isolated Strong to Severe Thunderstorms are forecast across the Northern and Central Plains Saturday evening.

Early morning water vapor imagery depicts a well-defined mid-level trough over Nevada. This trough will move over Western Wyoming before reaching the High Plains by daybreak Sunday morning. Low level moisture will begin to advance northward across the Plains as dewpoints rise into the 50s.    It is expected that strong heating along the boundary layer will allows surface parcels to reach their convective temperatures late this afternoon.  Isolated thunderstorms should develop along the lee trough and Dryline, aided by the approaching trough.  Gusty winds and marginally severe hail will be the greatest risk until well after nightfall. 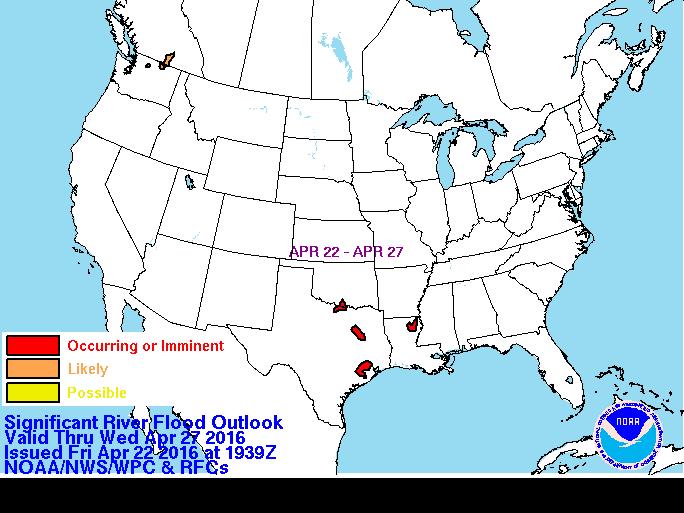 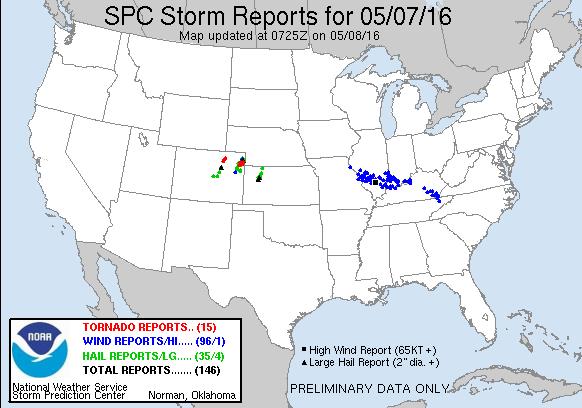