Historic Blizzard To Slam The Mid-Atlantic and Northeast

It’s not too often that you get to throw around the words ‘historic’ or ‘epic’ when talking about a potential winter storm or even blizzard, but given the continued forecast model consistency, I must acknowledge that this winter storm could be quite the doozy early this week for parts of the Mid-Atlantic and Northeast. At Firsthand Weather, I try get you prepared for such winter events without all of the nonsense and hype, and this potential blizzard is nothing that you want to take lightly. Before I get into the details, it’s important to understand that a small shift in the track of this storm could and would throw off the entire forecast, which makes it important to stay updated every few hours in order to adequately prepare for this event.

What Exactly Is Going On?

A piece of energy is diving south from Manitoba, Canada and has an associated surface low pressure system moving southeast with it. Many of you are likely familiar with the term ‘Alberta clipper’ even if you don’t actually know what that is. Simply put, an Alberta clipper is a fast-moving storm system in the winter that originates from the Canadian province of Alberta and moves into the United States. So what is a storm system called that originates from the Manitoba province during the winter? A Manitoba Mauler!

This Manitoba Mauler is currently located over the Central Plains and will be sweeping southeast during the day on Sunday going into Monday. This is going to originally bring a swath of snow from the Central Plains to the Ohio River Valley and eventually for parts of the Tennessee Valley. As this system moves eastward, its energy is going to be transferred to the East Coast, and a coastal low is going to develop and strengthen off the coast of North Carolina and Virginia.

Parts of the Mid-Atlantic and Northeast will get some accumulating snowfall before this system makes it to the East Coast, but once this storm is on the coast, it is literally going to explode. This rapidly intensifying storm system will move up the coast Monday night going into Tuesday and will bring a significant blizzard with it for parts of the Mid-Atlantic and Northeast. 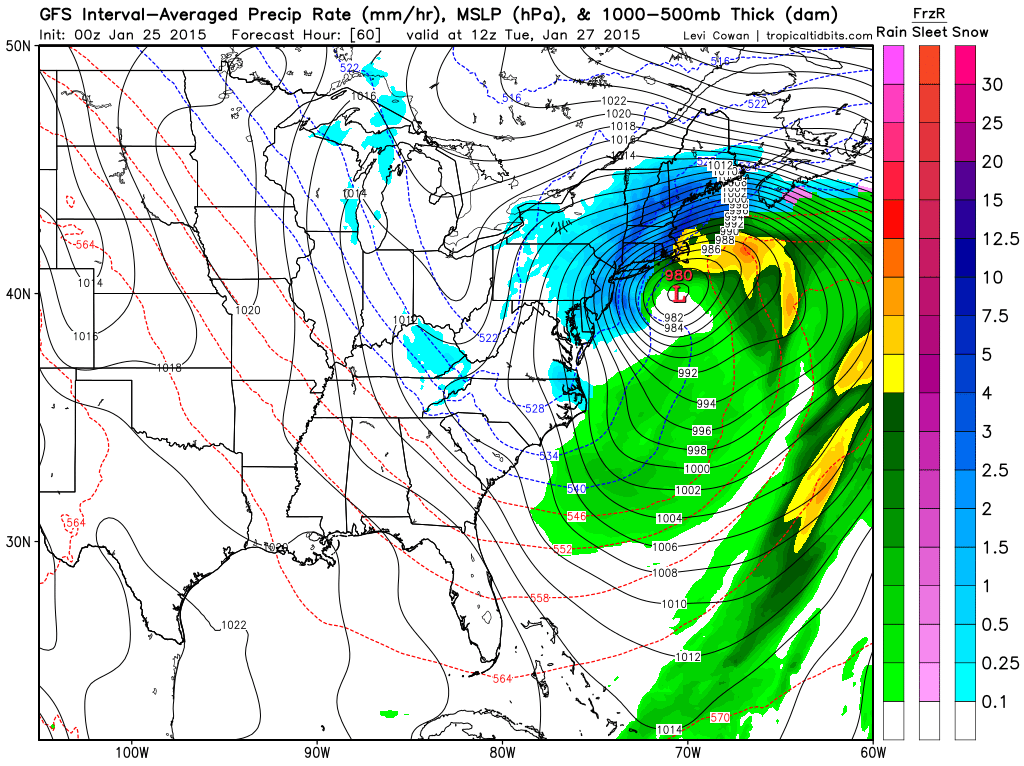 This shows the blizzard moving up the East Coast on Tuesday morning.

Who Could Be Hit The Hardest? 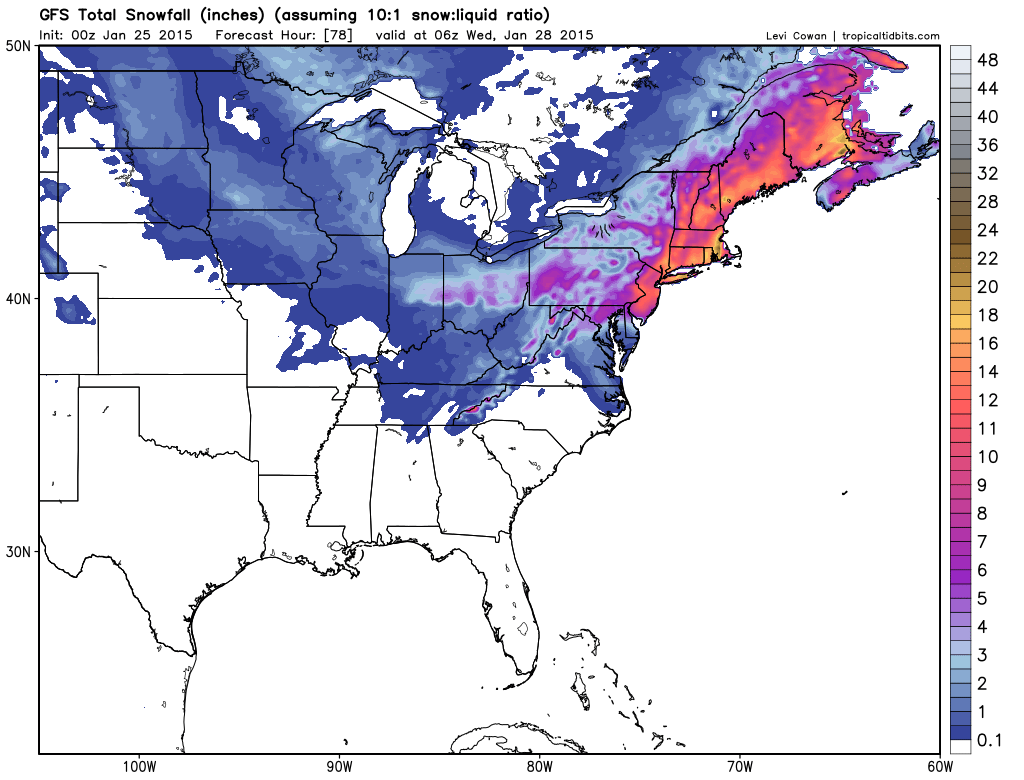 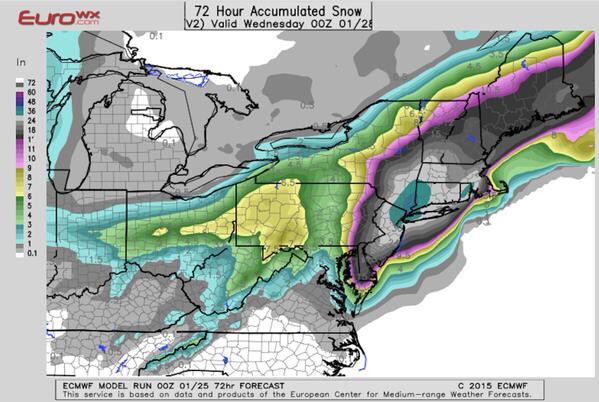 The latest European model has the heaviest snowfall accumulations around the New York City area.

Again, it’s important to understand that things could change, but with this kind of model consistency and agreement, it’s best to prepare for the worst-case scenario. If these kinds of snowfall accumulations fall over these regions, this would definitely be a historical storm for many regions.

I didn’t mention all of the regions that could be impacted by this storm, but it’s VERY important to make preparations for this coming storm. With these kinds of storms, changes can occur at the very last minute so please keep checking back with Firsthand Weather and your local meteorologists.

A local meteorologist in the Boston area has plans to send me a forecast later in the day on Sunday, and hopefully I’ll have his article posted on the site by Sunday afternoon or evening.