Hurricane Joaquin, currently located at 23.2 North ad 73.7 West, is now battering the Bahamas with Hurricane force winds.  Joaquin has maximum sustained winds of 120 mph with higher gusts and a minimum central pressure of 942 millibars.  Hurricane force winds extend outward up to 35 miles (55 km) from the center and tropical storm force winds extend outward up to 140 miles (220 km).  Joaquin is now moving on a more westerly course, towards the West Southwest as opposed to the generally Southwesterly track he had been taking previously.  The current Firsthand Weather forecast continues to bring the Hurricane several hundred miles off the Florida and Georgia coastline heading north before moving close to the Outer Banks region on Sunday. 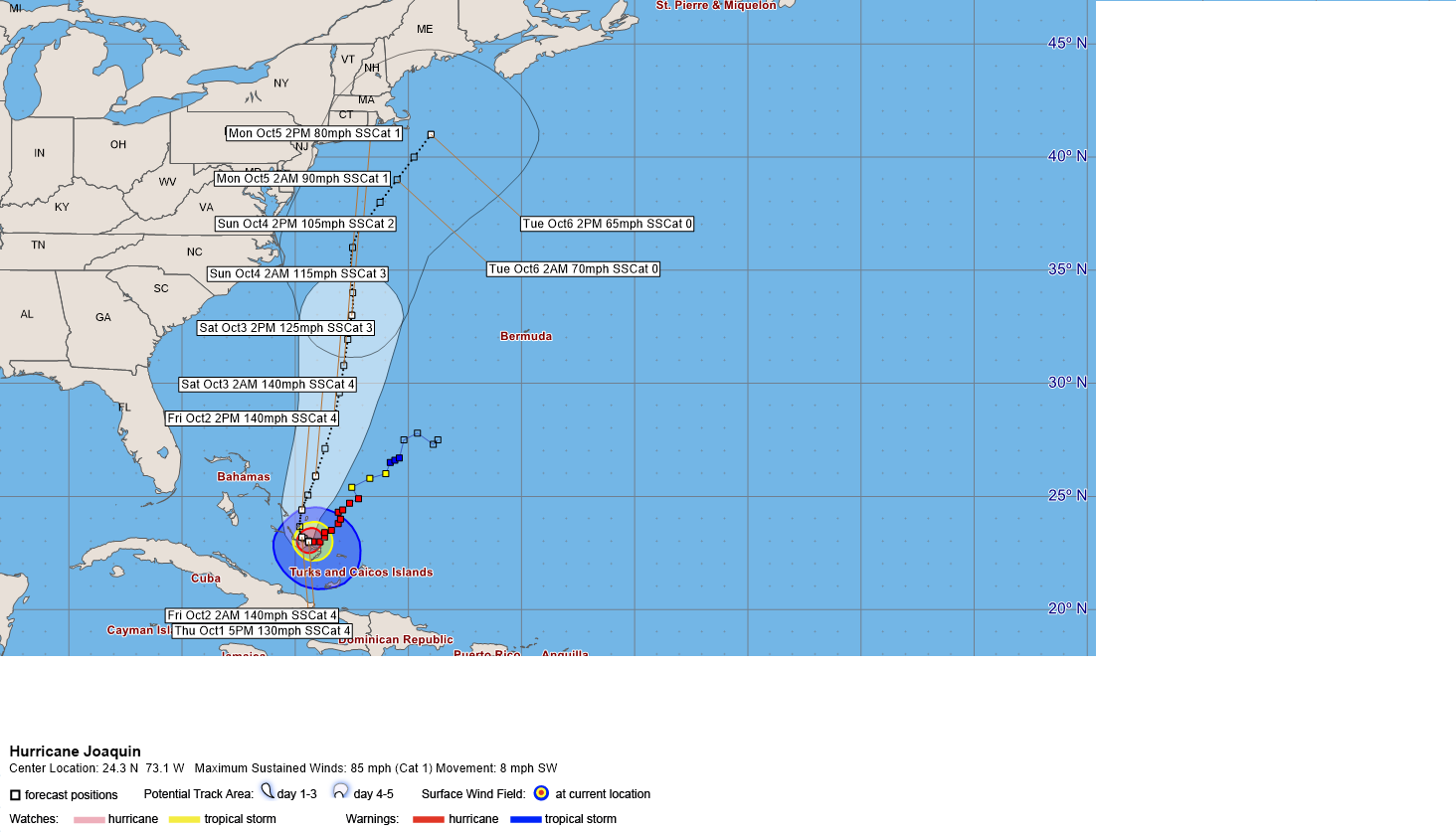 A Hurricane Warning is in effect for the Central Bahamas and Northwestern Bahamas including the Abacos, Berry Islands, Eleuthera, Grand Bahama Island, and New Providence
as well as The Acklins, Crooked Island, and Mayaguana in the southeastern Bahamas.  A turn toward the west-northwest is forecast tonight, followed by a turn toward the north and an increase in forward speed on Friday. On the forecast track, the center of Joaquin will move near or over portions of the central Bahamas today and tonight and pass near or over portions of the northwestern Bahamas on Friday.

A Hurricane Watch is in effect for Bimini and Andros Island

Please continue to watch for updates from Firsthand Weather through this afternoon. The next full update should be out just after 5 PM Eastern Time when the next complete batch of data is expected.