Major Cool Down On The Way For The United States

Summer finally decided to kick in just as we were transitioning from the meteorological summer to the meteorological fall. For many, this summer has been on the cool side, and even back in July, most of us got to experience a pattern that was very atypical of a summertime pattern in the U.S. I understand that some of you have had to deal with the summer heat, but this heat wasn’t anything that set in the entire summer. As most of you know, we’ve had way worst summers in the past.

Just as we’ve started to heat up, things are about to cool off dramatically for a large portion of the United States. The colder air will be more aggressive further north; however, below average temperatures can be expected even in the Deep South behind the cold front that will be pushing through by next weekend.

We’re moving into the time of year where the weather gets a little more exciting. Even though it’s typically still a bit early in September to be getting these kinds of outbreaks of colder air, I do expect these wild swings in temperature to continue through this month and beyond.

Many of you up North will be seeing your first deep freeze this week, while those further to the south will be experiencing much cooler temps and less humidity by this upcoming weekend.

Here are the expected temperature departures from average for September 7th-12th:

As you can see, the cooler air spreads southeast (Sept. 12th-17th): 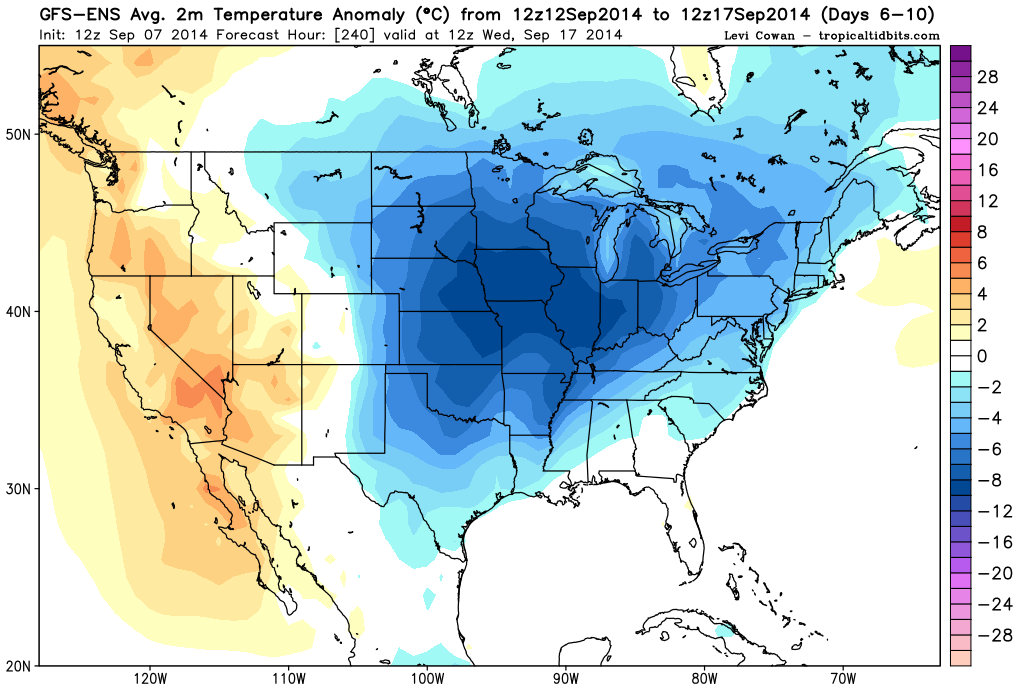 Later in the month, the cooler temps fade; however, the temps will be much cooler even in the Deep South (Sept. 17th-22nd): 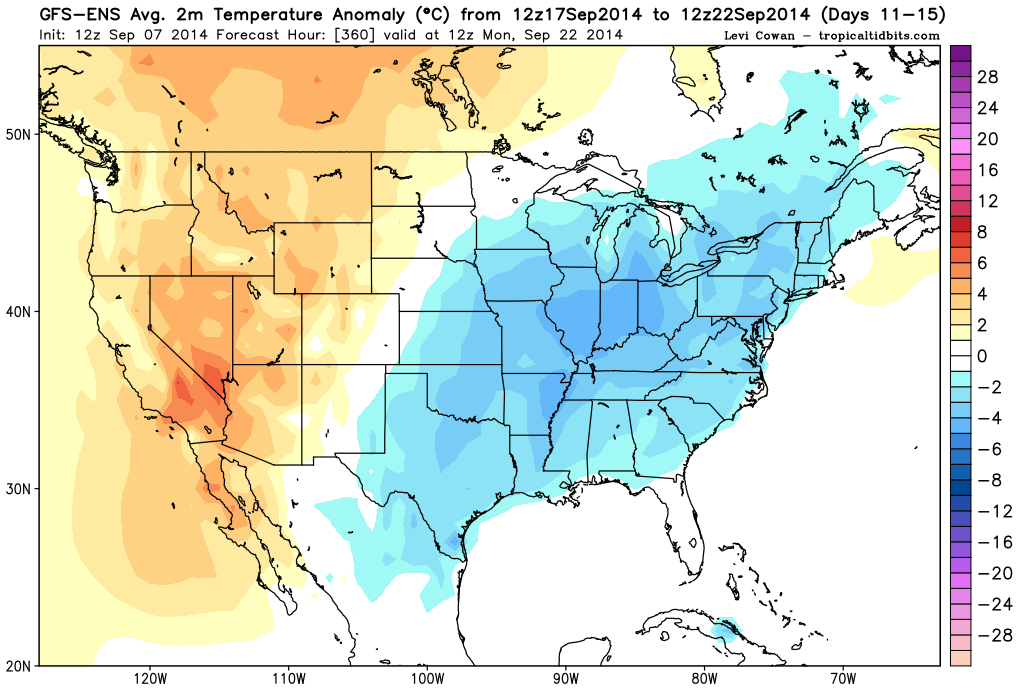 Just to give you a snapshot of what this weekend will look like, here is a temperature anomaly map (departures from average) for Saturday morning! 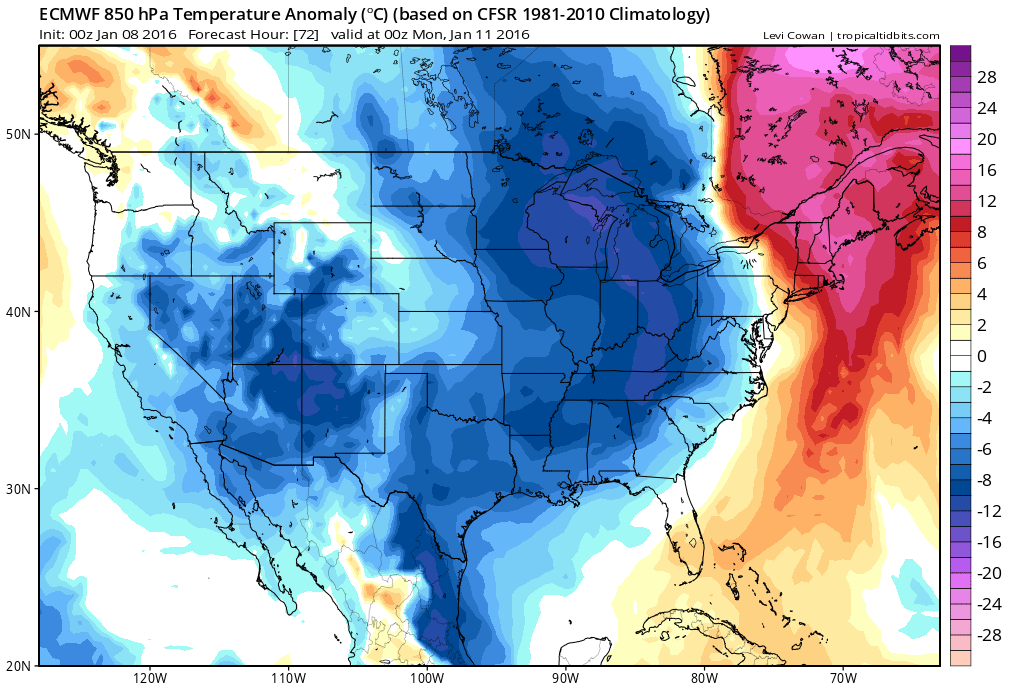 Have a great Sunday afternoon!!