Major Hurricane Matthew has maximum sustained winds are near 145 mph with higher gusts approaching 170 mph, making Matthew is a category 4 hurricane. Many will have to seriously consider support from people similar to Murfreesboro TN Roofing Pros to repair their homes after such a powerful hurricane. Hurricane-force winds extend outward up to 40 miles from the center and tropical-storm-force winds extend outward up to 185 miles. The estimated minimum central pressure is 934 mb (27.58 inches).

The satellite presentation of Matthew remains very impressive this morning. The eye was obscured during part of the night, but has become more distinct and slightly larger during the past couple of
hours. 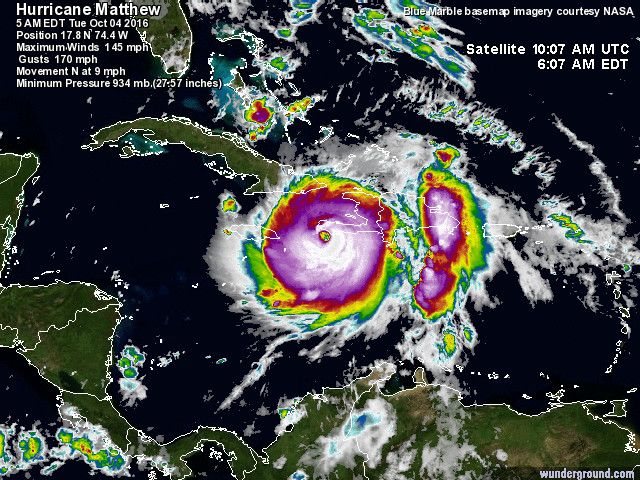 The Air Force Reserve Hurricane Hunter aircraft measured a peak 700-millibar flight level wind of 163 mph, and surface winds of 145 mph in the northeast quadrant. During the final passage through the eye a little before 1 AM, the aircraft reported a minimum pressure of 934 millibar. The next reconnaissance aircraft mission is scheduled to be in Matthew before 8 AM this morning. 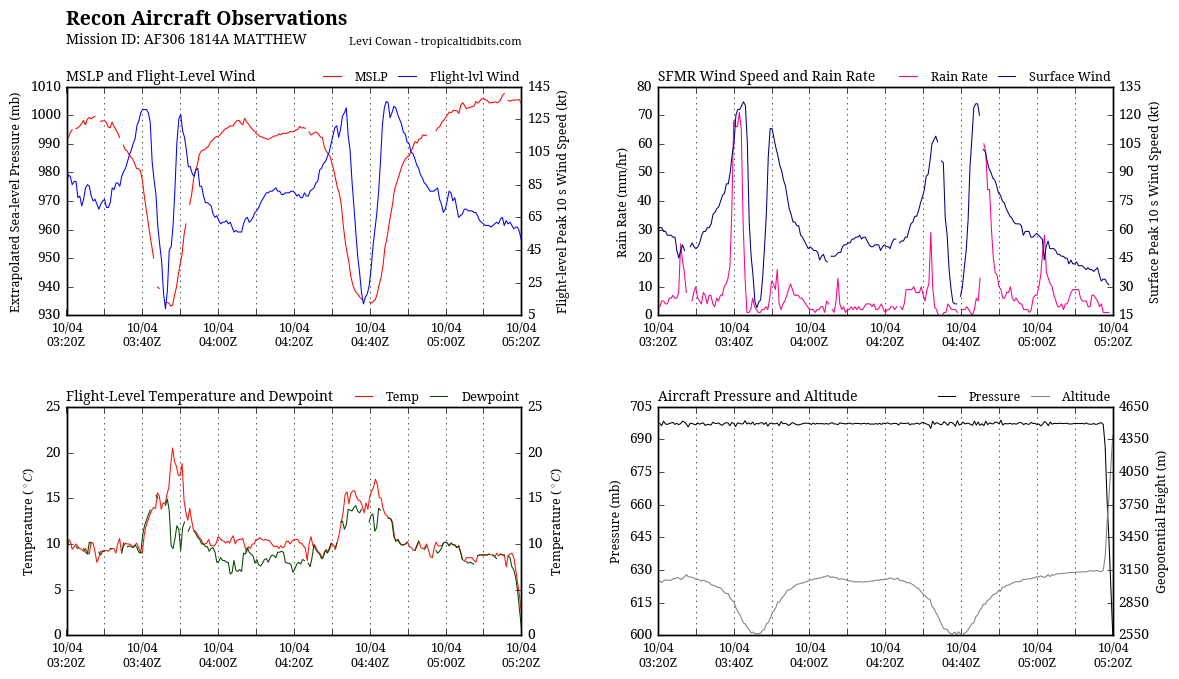 Hurricane conditions are beginning to reach the southwestern portion of Haiti and will spread northward today as the center of Matthew will passes near and over southwestern Haiti. Hurricane conditions are expected to reach eastern Cuba later today. After moving north of Cuba, Matthew is expected to turn north-northwestward. Matthew will then bring hurricane conditions to the southeastern Bahamas Tuesday evening, the central Bahamas on Wednesday, and the northwestern Bahamas Wednesday night. Tropical storm conditions are expected in portions of Jamaica and along the southern coast of the Dominican Republic within the warning area today, and will spread northward into the Turks and Caicos Islands tonight.

A Tropical Storm Warning is in effect for the Dominican Republic from Barahona westward to the border with Haiti, Jamaica, and the Turks and Caicos Islands 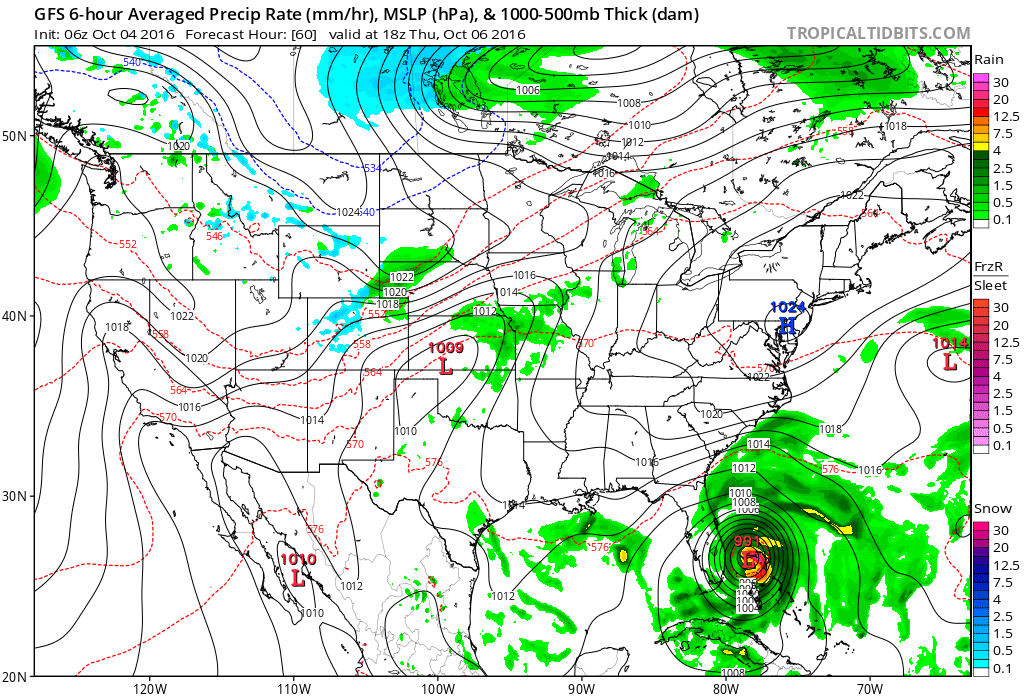 Tropical storm or hurricane conditions could also affect portions of Georgia, South Carolina, and North Carolina later this week or this weekend, even if the center of Matthew remains offshore. 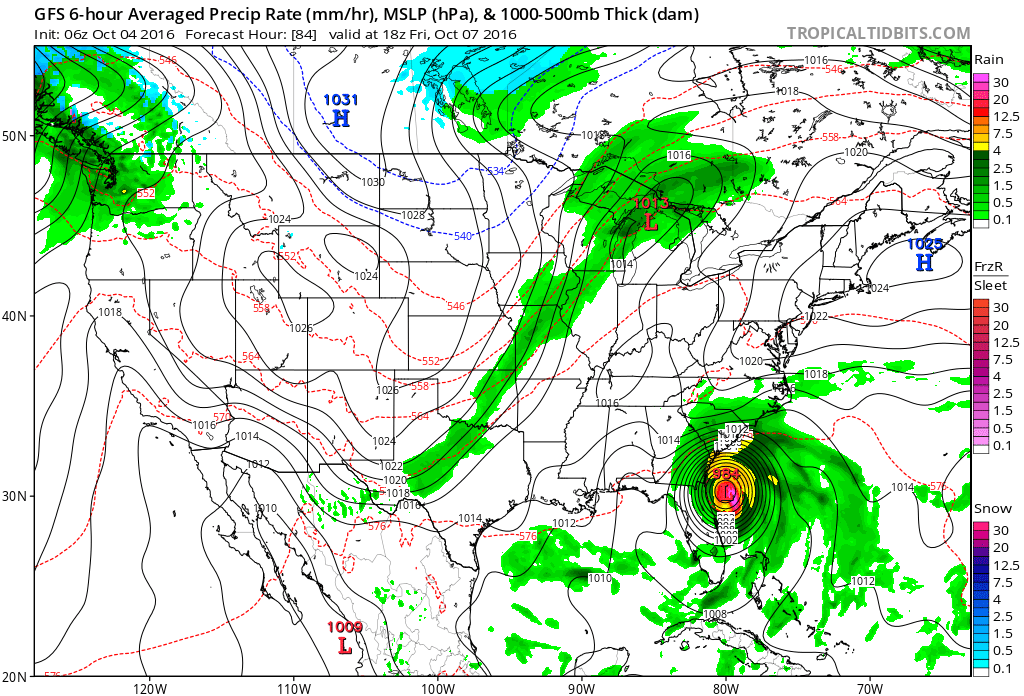 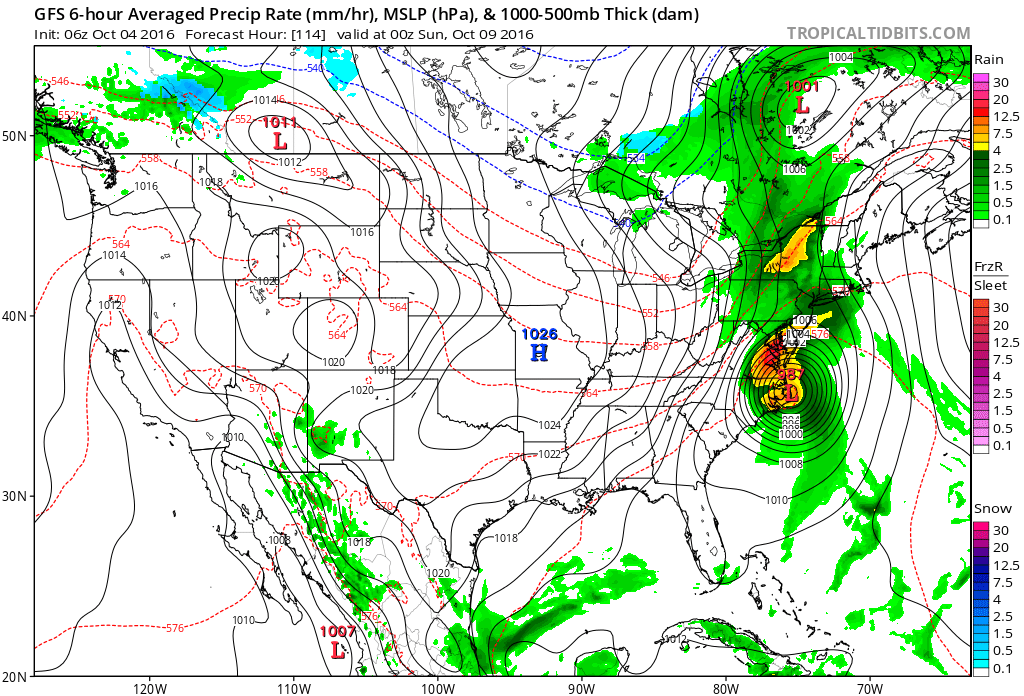 It is too soon to specify what, if any, direct impacts Matthew might have on the remainder of the U.S. east coast farther north. At a minimum, very dangerous beach and boating conditions are likely along much of the U.S. east coast later this week and weekend. A State of Emergency has already been declared in Florida and North Carolina.

RAINFALL: Matthew is expected to produce total rainfall amounts in the following areas:

Life-threatening flash floods and mudslides are likely from this rainfall in Haiti, the southwestern Dominican Republic, and eastern Cuba.

STORM SURGE: The combination of a dangerous storm surge and large and destructive waves could raise water levels by as much as the following amounts above normal tide levels.

Surge-related flooding depends on the relative timing of the surge and the tidal cycle, and can vary greatly over short distances. Large waves generated by Matthew will cause water rises to occur
well in advance of and well away from the track of the center.

SURF: Swells generated by Matthew will continue to affect portions of the coasts of Hispaniola, Jamaica, eastern Cuba, and the Caribbean coastline of Central America during the next few
days. Swells from Matthew will begin affecting portions of the Bahamas on Tuesday. These swells are likely to cause life- threatening surf and rip current conditions.