Sometimes my weather updates are too short to put into an article but too long to put on Facebook. I’m going to start doing these weather ramblings articles from time to time just to share some of my current thinking without making any official forecasts. Many of you sometimes want to know what I’m thinking about a particular storm or pattern change, and this will be a more relaxed way for me to give you some tidbits of info before making any big or official forecasts on the site.

The cold air pushing into the United States is very impressive for this time of year, but nothing that was unexpected. I’ve heard the term ‘polar vortex’ being thrown around quite a lot lately, and I realize most of you are probably tired of hearing it. Yes, I realize the media picked up on that term last winter, but that is actually a meteorological phenomenon that has been around for a long time. You can think of the polar vortex as the gatekeeper of the Arctic cold, but sometimes, something causes that gate to open.The polar vortex is just a cold upper-level low pressure system located over the North Pole that typically strengthens during the winter months, but every once in a while, something causes this vortex to weaken or become disturbed. This can displace a piece of the vortex further south as was the case last winter.

You could argue that the cold blast this week is being caused by the polar vortex, but I don’t care to get into that debate. Everything is caused by something though. When Super Typhoon Nuri made its extra-tropical transition in the Bering Sea, a large amount of heat was released into the atmosphere, pumping a big ridge up over Alaska, therefore causing a big trough over most of the United States. That’s enough on all of that for now. Be sure to check out my article from earlier today if you missed it. 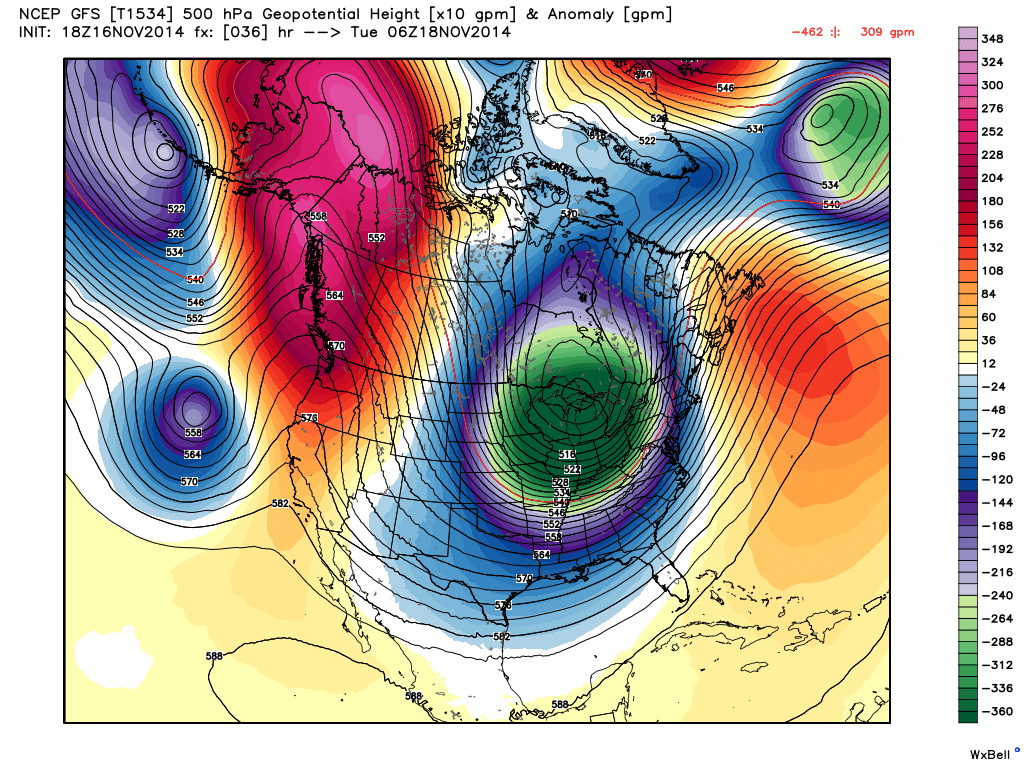 I have been calling this the ‘Thanksgiving storm’ and will continue to refer to it as that, regardless of whether it actually happens on Thanksgiving or a few days before. All of this is actually starting to get VERY interesting. Models are predicating a piece of energy to break off and move southeast into the Californian coast sometime this weekend. This little piece of energy eventually becomes part of a larger trough that is projected to move into the United States next week, and due to all of this, a surface low pressure system develops and begins strengthening over the Southern Plains. This eventually begins to strengthen fairly rapidly as it moves northeast to the Great Lakes. This alone would be a big snow maker for those on the cold side of the system and a severe weather threat for those on the warm side. I’ll have details on all of the specifics later.

Then, things get even more interesting. Cold air really begins to rush in and push south behind this system, and the pattern really begins to favor something else developing further south. Now, this is just an observation on my end, but this could get very interesting if we were to get something to develop further south and eventually move up the East Coast. I can’t rule out the possibility of a southern branch system like this developing, and it would probably happen right around Thanksgiving. Maybe I should start talking about the Thanksgiving storms, not just storm.

Remember, these are just me sharing my thoughts and not making any official forecasts. Things will change between now and then.

I just wanted to share a few of your snow photos that you shared on the page today. By the way, I’ve been sharing some of your photos on Instagram, so be sure to follow Firsthand Weather on Instagram by clicking here! 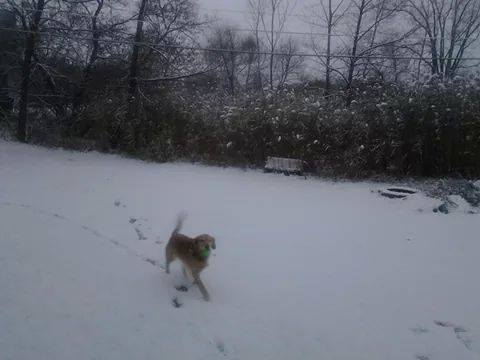 Dianne Caldwell Loague sent this to us from her friend in Salem, Wisconsin. 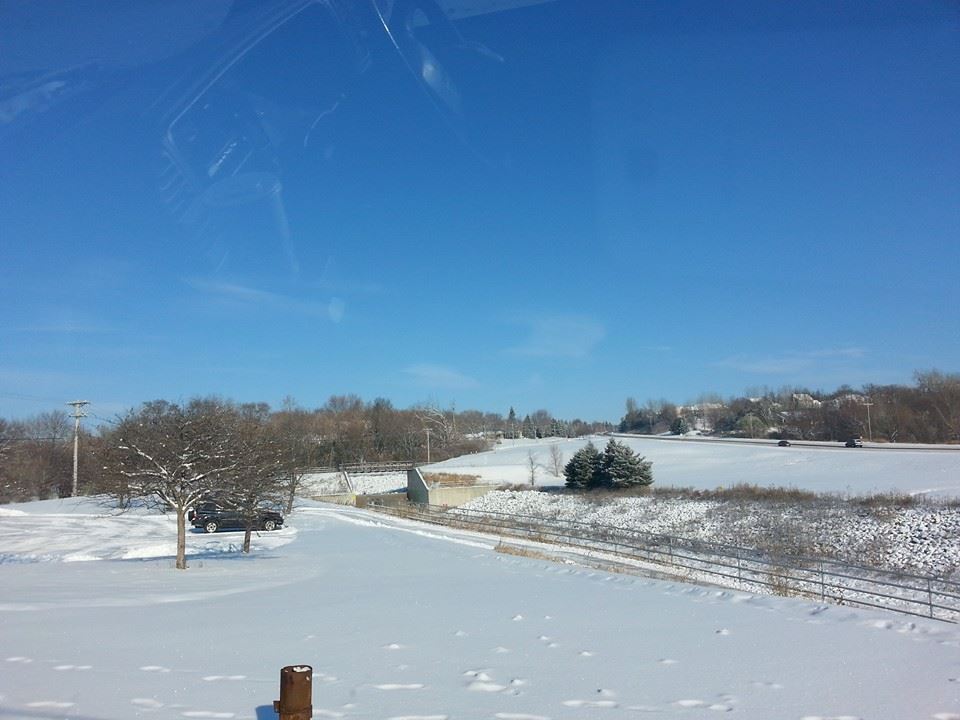 This is from Christine Wooledge- Myhre in Chaska, Minnesota. 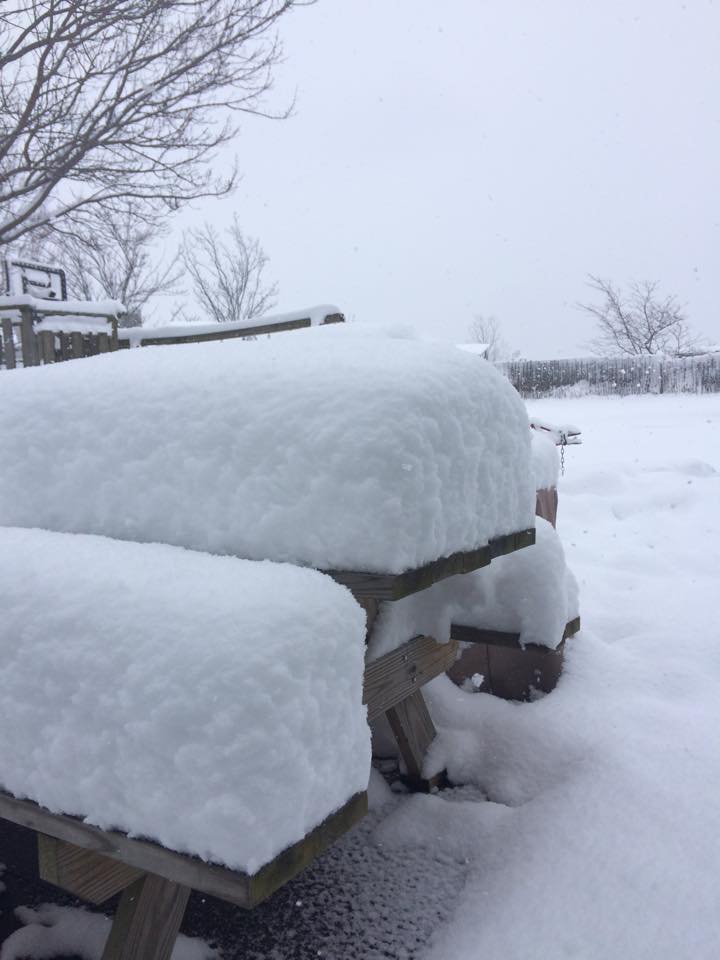 16 inches of snow on the ground in McKean, PA outside of Erie. Photo sent in by Steve Joseph Danylko. 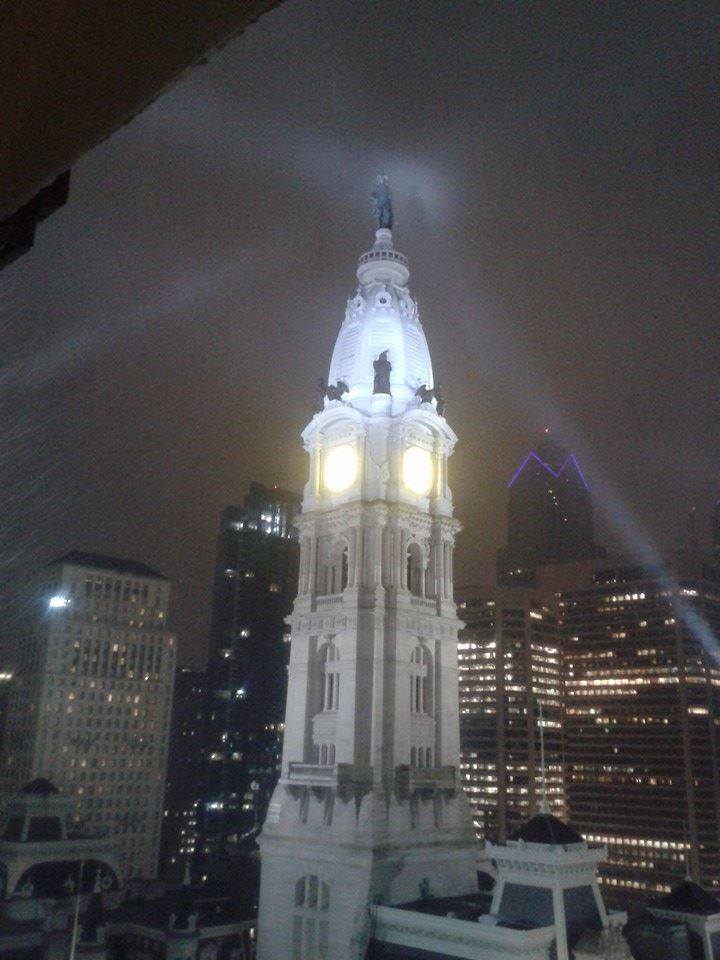 This was at the Philly City Hall shared by Kevin Kilmartin.