Super Typhoon Haiyan Bearing Down on the Philippines – 190 mph Winds

The Philippines are about to get a direct hit from what looks to be one of the strongest storms ever recorded. Super Typhoon Haiyan currently has max sustained winds at 190 mph with gusts to 230 mph, and the central pressure is down to 905 mb. To put this into perspective, this is equivalent to a very strong category 5 hurricane. On the Saffir-Simpson scale, a hurricane becomes a category 5 storm once its max sustained winds reach 157 mph or greater, and as you can see, Super Typhoon Haiyan is well beyond that point.

Super Typhoon Haiyan is currently moving at a quick 25 mph in a west northwest direction and is expected to hit the central Philippines in just a few hours. The majority of the evacuations have occurred in Tacloban City, which is a city of over 200,000. 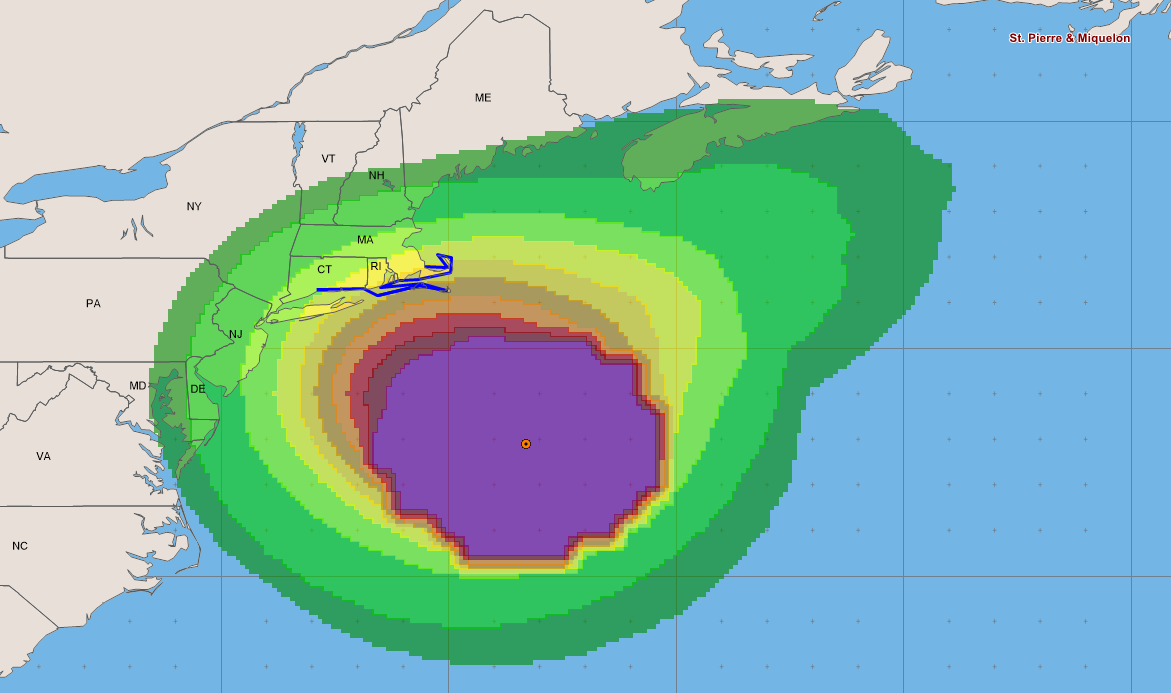 The region that is likely to be impacted the most by this super typhoon is the same area that was hit by a 7.1 magnitude earthquake just a month ago. This earthquake was responsible for killing over 200 and displacing around 350,000. Since the residents of the Philippines are still trying to recover from this deadly earthquake, this could make the impact even greater as Super Typhoon Haiyan moves through the island.

Along with catastrophic winds, the Philippines can also expect massive flooding, which will likely result in mudslides. We will continue to monitor the latest on this deadly typhoon and will keep you updated on our Facebook and Twitter pages.