Temperatures Will Soar Across Pacific Northwest This Week

While the focus lately has been on the recent heat along the East Coast and parts of the Southeast, areas along and near the West Coast in the Pacific Northwest are going to begin to really heat up, especially today, tomorrow and Saturday. Excessive heat warnings have been issued through Saturday from western Washington state, including Seattle, down into western Oregon, including Portland. For most areas directly on the coast, heat advisories have been issued and extend down into northern California. 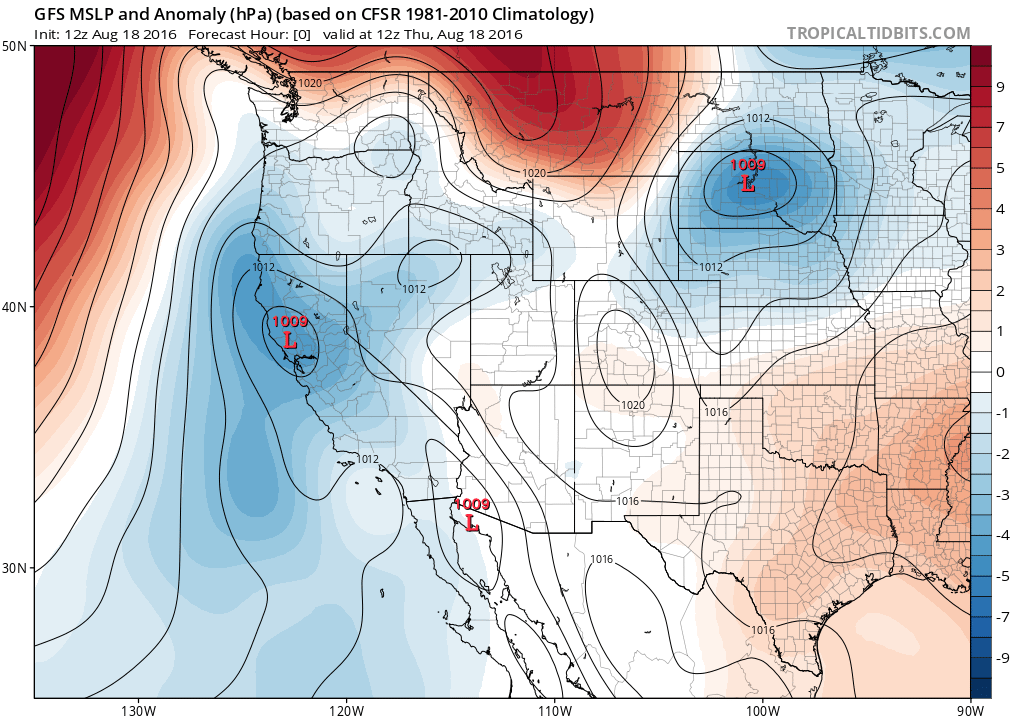 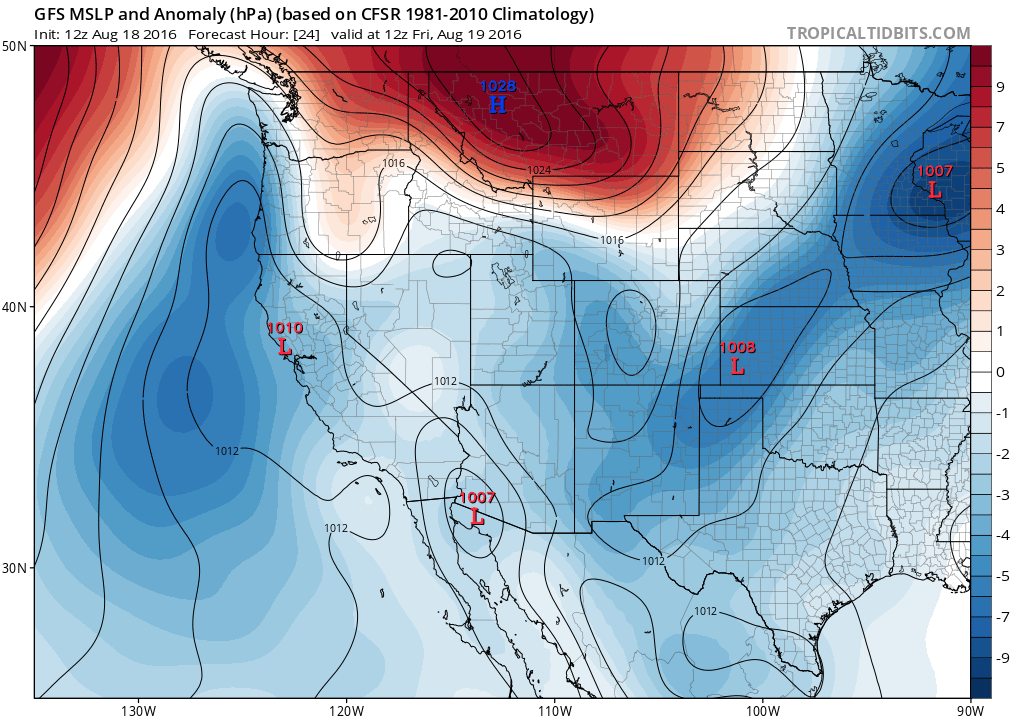 This kind of setup changes the overall wind flow at and near the surface. Instead of getting the typical onshore flow (winds moving from from the ocean to land), it will switch to an offshore flow (winds moving from the land to the ocean). Since the Cascades extend from Washington down to northern California, this will enhance warming even further as air will get forced up those mountains and back down the other side, and due to adiabatic processes (not going to elaborate on that), the air will warm as it is forced down the ocean-facing mountain slopes.

At or near the surface, wind flows from areas of high pressure to areas of low pressure. The map below shows the direction the wind will be blowing near or right above the surface. As you can see, it’ll be blowing from northeast to southwest, and at times, even directly east to west. This is a recipe for really hot temperatures this time of year along and west of the Cascades. 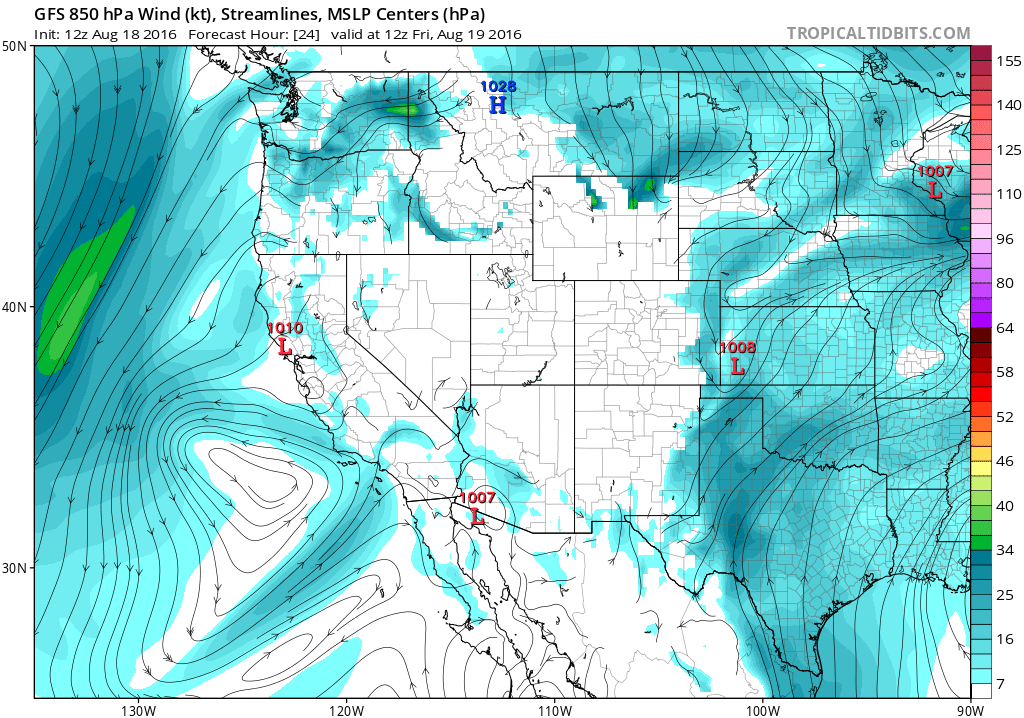 In addition to all of this, mid-to-upper level ridging extends along the West Coast into western Canada. This will further enhance those really hot temperatures.

Temperatures will soar well into the 90s just inland, possible even reaching 100 degrees or slightly higher in places. Temperatures directly on the coast (from the northern half of Oregon into Washington) will likely reach the mid to upper 80s today and Friday, with some areas possibly hitting 90. Friday should be the hottest day with Saturday being a bit better for areas directly on the coast. 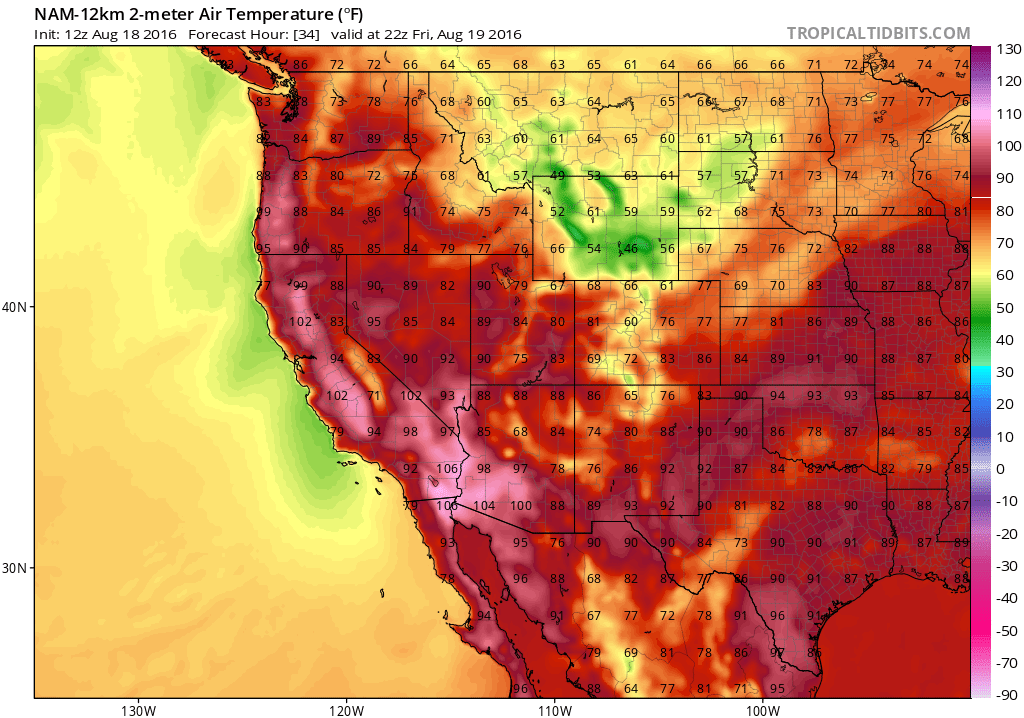 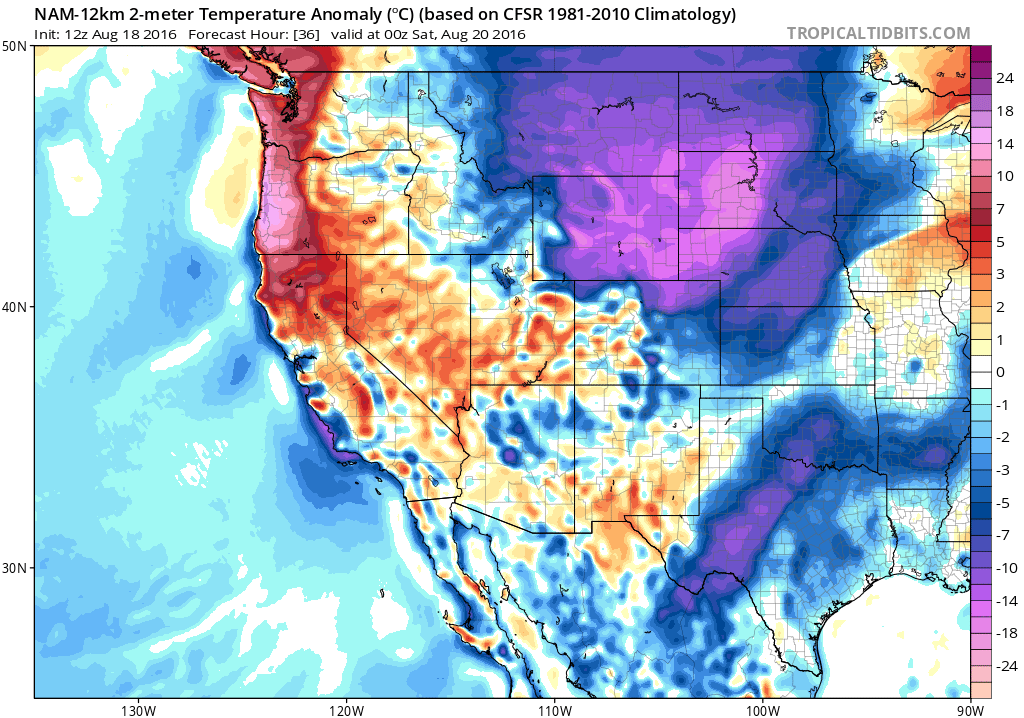