Tropical Storm Warnings are not in effect from Indian Pass to Englewood Florida on the Gulf Coast, and from Sebastian Inlet Florida to Oregon Inlet North Carolina.

Colin is now moving north northeast at 23 miles per hour and is 70 miles south southwest of Appalachicola Florida.  Colin should move on shore during the next few hours.  Several locations in Florida have already felt the effect of Colin’s outer bands as strong gusty tropical downpours moved on shore.   3-5 inches of rain is expected with some higher amounts where training occurs.  Coastal Flooding should be held to a minimum as Colin approaches during low Tide.  Locations on thee Atlantic Coast may not get so lucky however and will have an onshore flow during high tide on Tuesday.   We will keep track of Colin’s forward movement to help pinpoint the locations that could see the strongest winds during high tide.

Colin’s maximum sustained winds remains at 50 mph, but his minimum central pressure has begun to drop again and is now down to 1002 millibars.  A slight increase in winds is not out of the question before landfall occurs. 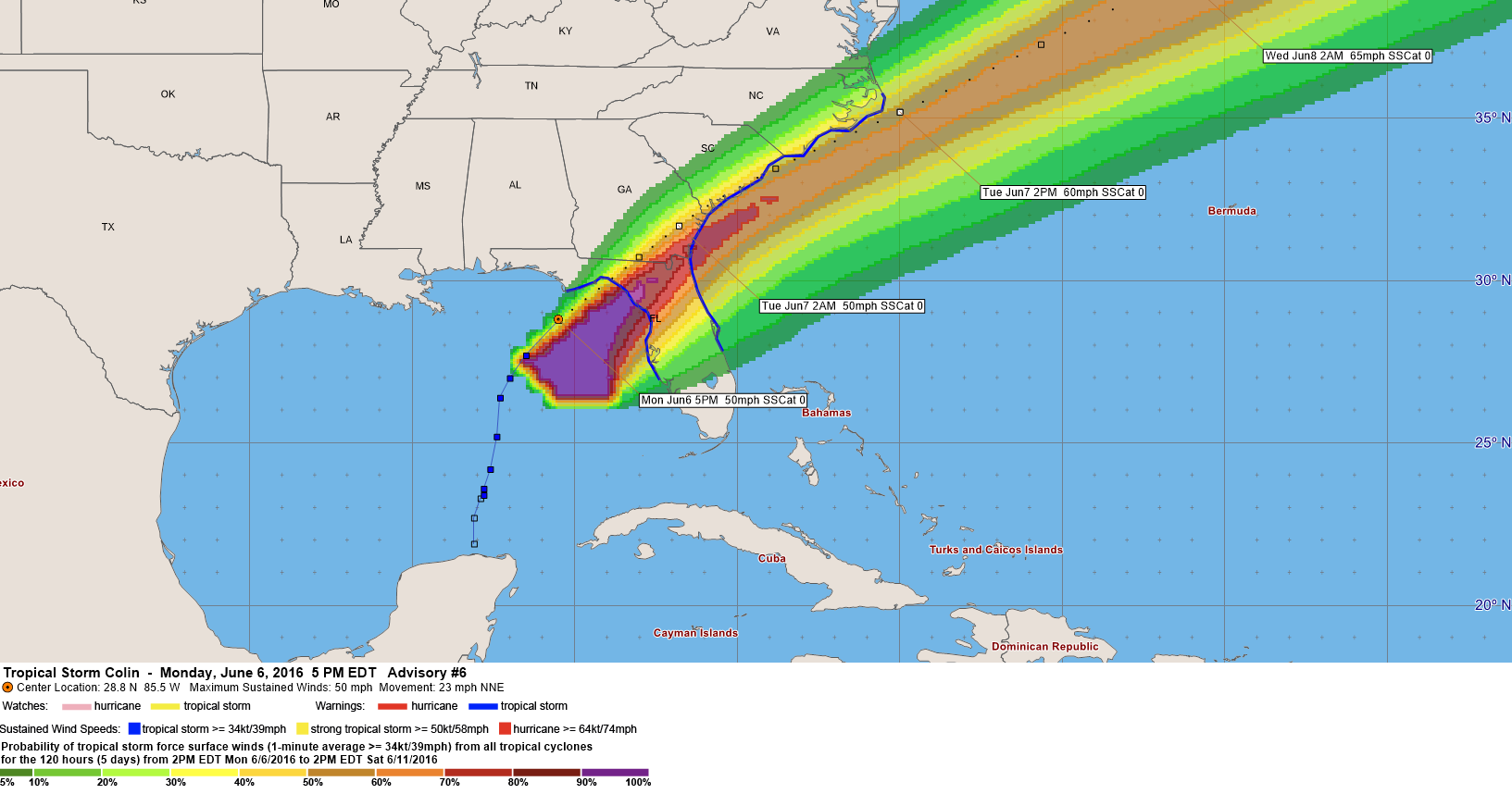 Remember,   tornadoes are a risk in this region

Colin’s strongest winds and heaviest rains are displaced to the centers Southeast.  This is why the warnings expand so far in that direction.  Tropical Storm conditions will extend well to the south and west of the location of landfall.  Forecast models continue to show that Colin will continue to deepen and that wind speed will increase.  The coastal areas of the Carolinas should be especially on the watch for winds in excess of 60 miles per hour as Colin increases wind speeds off the Atlantic coast.