Tropical Storm Warnings are in effect from Indian Pass to Englewood Florida on the Gulf Coast, and from Sebastian Inlet Florida to the South Santee River in South Carolina.  I anticipate additional Watches and warnings to be extended further north along the South and North Carolina coastline. 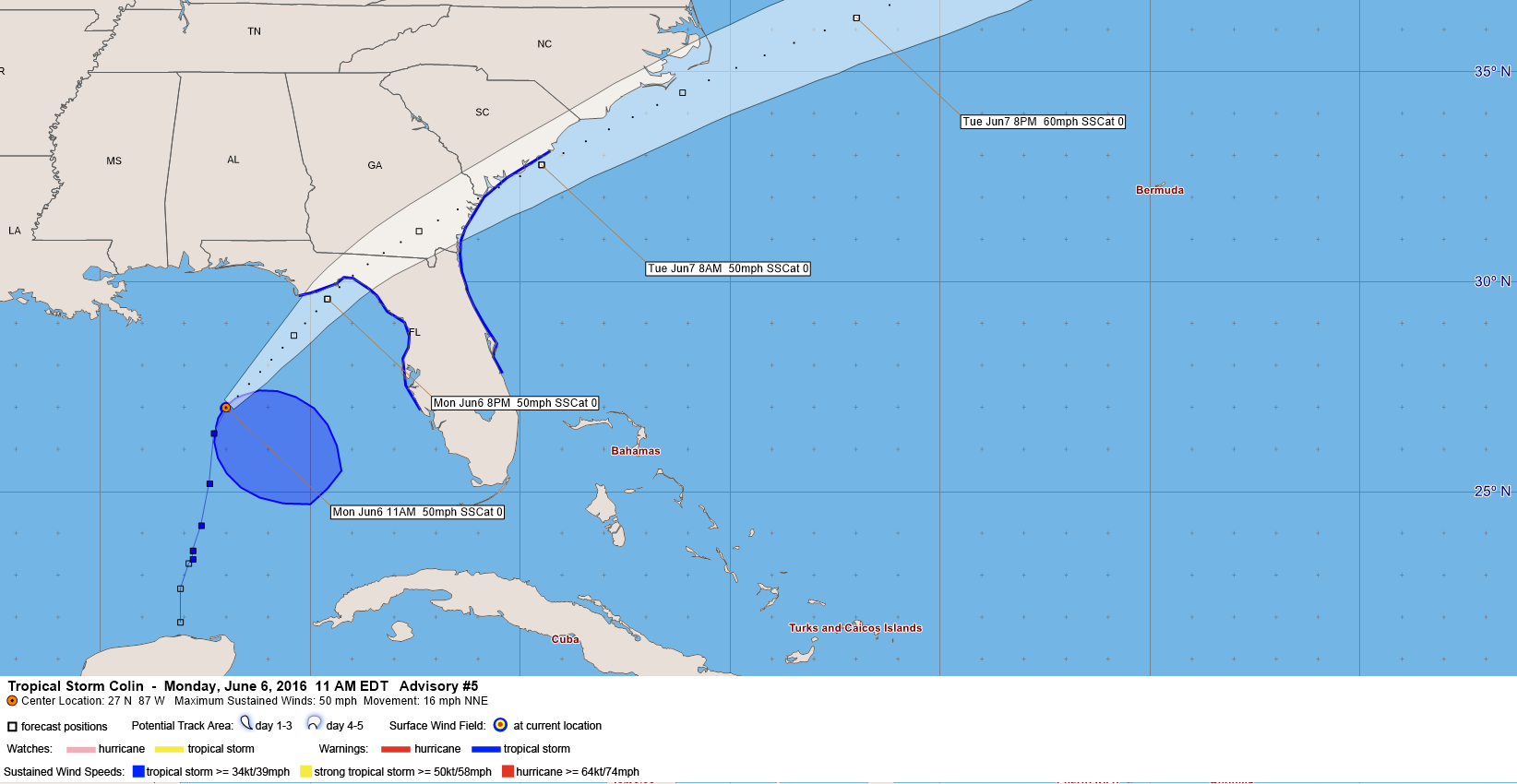 Colin continues to move toward the north northeast, now at 16 miles per hour.  Maximum sustained winds are at 50 miles per hour with higher gusts, and a minimum central pressure of 1004 millibars.  Colin will continue to strengthen and while not expected  to be a hurricane before making landfall in Florida, some models are beginning to show Colin could approach hurricane strength while moving out to sea over the Atlantic Ocean even as he transitions to a post tropical cyclone.  The map above shows the current track forecast and areas under Tropical Storm Warnings.  The blue  circle next to Colin’s location is  the area currently seeing Tropical Storm Force winds.  As with any tropical system, Colin’s strongest winds are to the right of  the center of  circulation. 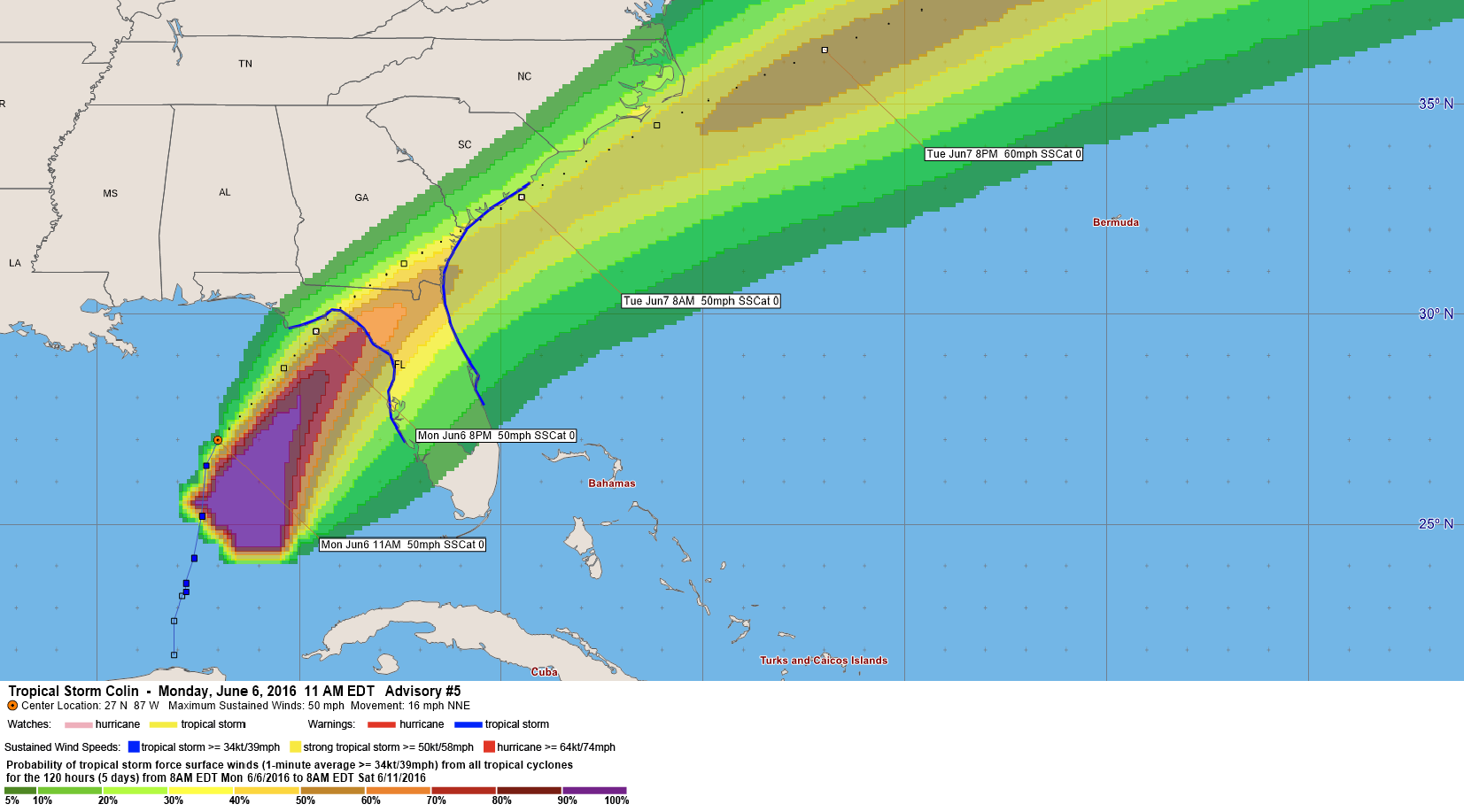 However, this does not preclude localized areas of strong to near Tropical Storm force winds in other parts of  the storm and heavy rain showers with strong winds are already beginning to impact Florida as seen on the radar image below.

Heavy rainfall continues to be the biggest non wind threat associated with Colin.  While Tropical Storm force winds will effect a large area of Florida into Georgia and the Carolinas, rainfall as high as 3-5 inches is expected over a large area of  the same region.  Some areas that receiving training tropical rain bands could see as much as 8 inches of rain.  Tornadoes are also going to be a risk with this system.  The Storm Prediction Center currently has a 5% risk of Tornadoes in the area.

Storm Surge does not appear to be a risk at this time as the worst effects of Colin should take place during low tide.  Some localized coastal flooding could occur during high tide  this afternoon as gusty outer band storms move in but the effects should be marginal and of very short duration.  But the Florida coast should expect very dangerous conditions along the shore from very heavy surf.